Please keep in mind that all odds mentioned are accurate at the time published on 13/04/2018 8:12 am and are likely to change.

We’ve less than a month to go now until the 2018 edition of Eurovision and this is the time when the betting markets really start to intensify. Those markets have been open for some time now but as the individual countries involved have started to confirm their entries, we’ve seen a lot of movement at the top of the leaderboard.

The Grand Final itself takes place in Lisbon, Portugal on May 12 and as the countdown continues, here’s how the betting is shaping up. 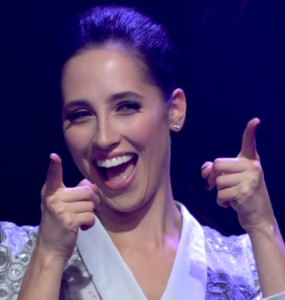 Right now we have a clear favourite with Israel some way in the lead at best odds of 15/8 with Betway. That represents a significant gap over the chasing pack with Estonia coming along next at a top price of 8/1 with Sky Bet and MarathonBet and the Czech Republic just behind that at a best of 9/1.

The odds setters have therefore identified their winner but have they got it right? Israel have still to get through their semi final but based on reports and predictions, that would seem to be a formality. Their entry is a 25 year old female singer called Netta who bears a slight resemblance to Bjork and has that kind of quirky image that has swayed the Eurovision judges in recent years.

Estonia will be represented in 2018 by Elina Nechayeva who will be singing – in Italian – a song called La Forza while the Czech Republic will field Mikolas Josef who will be performing Lie to Me.

We mentioned that quirkiness could be key to a win and if we remember Finnish Death Metal Group Lordi and the Austrian Conchita Wurst then we’ll understand that this could be a good pointer to success. Of the chasing pack, Estonia’s Nechayeva, described as an Operatic Pop Singer, could therefore have the edge.

Behind the top three, there is something of a gap before we get to Bulgaria at best odds of 12/1 with Sun Bets and then we get to Australia at a top price of 14/1 with MarathonBet. It still seems crazy that Australia are competing in a talent contest for European countries but there is plenty of interest in their entry, Jessica Mauboy, and they are proving to be a popular punt at that 14/1 figure.

Moving through the field, Sweden have a good pedigree in this contest and are available at a best of 20/1 with BetFred and just behind are Belgium at 22/1 with Betway and Norway at 25/1 with BetFred. When we think of Sweden and Eurovision, we all cast our minds back to the great Abba and Waterloo in 1974 and the country has six wins overall in this competition, the last of which came fairly recently in 2015. 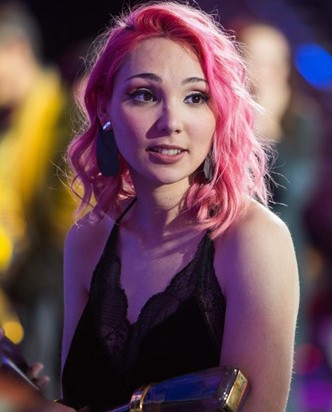 There’s always scope for a surprise result in Eurovision and we’ve seen plenty of high priced winners in the past so could there be some value for the 2018 renewal? Portugal are the reigning champions having won in Kiev 12 months ago but back to back wins are exceptionally rare and we haven’t seen this since Ireland completed a hat trick of success in the mid-90’s.

For 2018, the Portuguese entry is on offer at 66/1 with bet365 and Unibet but there has been little interest in their entry Claudia Pascoal despite the fact that as hosts, Portugal are already through to the final.

But what about other countries that have already qualified for Lisbon without having to face up to qualification via the semi final route? Viewers in Britain will look to the United Kingdom who are being represented by SuRie but while the UK has a good history in this event the country hasn’t had a Eurovision winner this century.

Remember that voting can be political and after the fallout with Brexit, Britain’s distant best price of 125/1 with Unibet and 888Sport suggests they have no chance.

Elsewhere, the confirmed finalist with the shortest top price at this stage is France who are available at that figure with Sun Bets. They travel to Lisbon with Madame Monsieur who are an electro pop duo set to sing ‘Mercy’.

Behind the French, Spain are also in mid-price range with a best of 35/1 quoted by MarathonBet. The numbers really drift from that point but potentially there could be some outside value and in the weeks remaining until the first note is sung, the market will continue to change.

In the meantime, some of the ‘Dark Horses’ being mentioned by the tipsters include Ukraine, who have a good record in recent years and can be picked up at best odds of 100/1 with Ladbrokes and Coral while others are looking at Italy who are at 50/1.

We’ve already mentioned the UK at their 125/1 price but that’s still some way ahead of the rank outsiders. That honour goes, jointly, to Montenegro, Switzerland, Slovenia, Iceland and San Marino who are all available at a top price of 500/1 with bet365 and MarathonBet.

There have been reports of a flurry of bets on the market leader which have helped Israel to shorten at the head of the betting. Even those with a passing interest in Eurovision will see the appeal of the artist Netta and this song has an unusual style which should resonate with the judges.

There are numerous electro / Euro pop entries which all sound similar so we’ll ignore those and start our tips with Estonia and the opera style of ‘La Forza’ which makes them a good Each Way option at least. Also attracting interest in the Each Way market are Australia and we’d agree that their entry by Jessica Mauboy is worthy of consideration.

The Aussies have yet to make any mark on Eurovision in the brief time that they have been involved but this could be their year. Once again, we’ll play a little safer with this one and stick with the Each Way option.