The Bundesliga 1 and Bundesliga 2 saw a number of changes in the summer of 2018 in terms of sponsors and commercial partners and while they were a little late to the party, FC Cologne have now joined in with the latest announcement from Germany.

The club have confirmed that they have lined up with sports betting company Bwin who will now become the official betting partner for Cologne across the 2018/19 season.

Among the many benefits that are available for both parties involved in this contract, it’s been stated that the club’s fans will be rewarded too. Supporters can now look forward to exclusive campaigns and promotions which will be revealed via Cologne’s official TV channel.

As for the operator, Bwin have previously been the main sponsor of the great Real Madrid so they are no strangers to commercial partnerships at an elite level but this new deal will help the company to build their brand in Germany.

Bwin will enjoy all of the usual advantages of being involved with one of Europe’s top leagues as their brand will appear via LED pitchside advertising while it will also be visible on Cologne’s social media and other digital portals.

Meanwhile, the club receive welcome financial backing at the start of an important season so it’s a deal that has been welcomed on all sides. 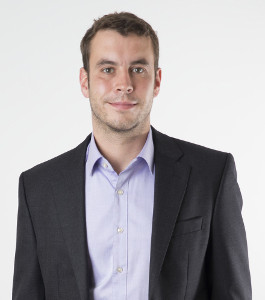 The Billy Goats are noticeably different: All Cologne-based people are thrilled with their club, regardless of whether they are playing in the 1st or 2nd Bundesliga.

This high level of identification makes FC a very special club. With our innovative partnership we want to jointly develop new added value for the fans around the actual gaming experience.

We are delighted that in Bwin we have teamed up with a market leading brand in the field of sports betting for a co-operation that has a high level of acceptance, especially in football, fits in with FC and has significant digital expertise.

Together we will develop interesting offers and content for our fans.

The overriding message from both sides of the deal is that the fans are the ones who look set to benefit the most from this new arrangement. Of course, these are exciting times for Bwin and FC Cologne too but the constant reference to new content, offers and promotions, make this a positive step for supporters of the club.

The club has spent much of the 21st century moving between the top two leagues in Germany but at the end of the 2017/18 campaign, FC Cologne were relegated back into Bundesliga 2. Under new head coach Markus Anfang, the aim for this season must be to get back into the top flight and improve the squad in order to achieve those targets.

Anfang has inherited a unit that is largely made up of domestic players but there are few full internationals in the Cologne squad and perhaps it just needs some star quality in order to compete at the top of the division this season.

In order to bolster his choices, the manager will need to invest in the team and will therefore be hoping that finances raised from the Bwin deal will help in that cause. It’s a positive piece of news with fans set to enjoy what the sponsor has to offer but Bwin’s input could be vital as FC Cologne look to bounce back.