Please keep in mind that all odds mentioned are accurate at the time published on 18/11/2017 3:08 pm and are likely to change. 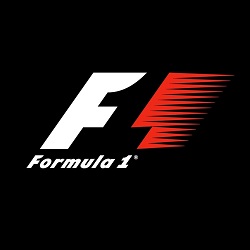 The curtain comes down on the 2017 Formula One Season next weekend and while the main results were decided some weeks ago, it’s been an interesting finish to the campaign.

Lewis Hamilton closed out the F1 Drivers’ Championship in Mexico but things haven’t gone smoothly for the four-time title winner in recent weeks and we’ve seen different competitors claim the previous two Grand Prix. Now we head to Abu Dhabi and as a result of those outcomes in Mexico and Brazil, there is plenty of value in what will be a busy betting market in the lead up to the start of the race.

There are no surprises, however, as we assess those markets which show Hamilton as hot favourite to win in Abu Dhabi at a top price of 19/20 with SportingBet. A huge surge of form in the second half of the season saw the Englishman close out his fourth Drivers’ Championship but he’s hardly seeing out the season in style.

A ninth in Mexico, followed by a fourth in Brazil meant that Hamilton was off the podium on both occasions and that makes things interesting for Abu Dhabi.

The winner of the Brazilian Grand Prix was Sebastian Vettel and the German had been pressing his rival Hamilton for much of the campaign. Vettel is at best odds of 13/5 with William Hill and Paddy Power to win in Abu Dhabi and there will certainly be plenty of takers at a strong price.

Moving back a little further, Mexico gave us Max Verstappen’s second victory of the season and the Dutchman can now be claimed at a top price of 12/1 for the final GP of 2017.

Of those three figures, the outstanding price is clearly on Verstappen and it’s worth noting that he is as short as 7/1 with other outlets. 2017 has been something of a breakthrough campaign for the Dutch driver although he was off the podium in Brazil with a fifth placed finish.

At a best of 12/1 there will clearly be interest although there is one further driver with shorter odds. As Hamilton’s new partner at Mercedes, Valtteri Bottas has also enjoyed a productive campaign this year with two wins and ten further podium finishes. The Finn must have a bright future in the sport and he is on offer to win the Abu Dhabi Grand Prix at a top price of 7/1 with William Hill and Betway.

Aside from the four names that we’ve mentioned above, there has been one other winner of a GP in 2017. Australian Daniel Ricciardo took the chequered flag for Red Bull in Azerbaijan but that’s so far proved to be a one-off this season and he is way back at 14/1 with bet365 and 188Bet for a repeat of that success in Abu Dhabi.

Others who have climbed the podium without taking centre stage include Kimi Raikkonen at 20/1 in the outrights with William Hill and 10Bet but from there, the lowest priced driver is Esteban Ocon who fades into the distance at a top price of 1000/1 with Betway.

Once again, the battle is therefore down to just a small selection of drivers but will Hamilton recover or will others continue to deliver the profit?

The Abu Dhabi Grand Prix is one of the newest races on the circuit having first been held in 2009. Over eight editions, both Lewis Hamilton and Sebastian Vettel have won the race on three separate occasions while Hamilton is our reigning champion, having won here in 2016.

Nico Rosberg took the chequered flag in 2015 and it’s interesting to note that Kimi Raikkonen has also tasted success at this event, coming home first in 2011.

As we all know, previous results will not necessarily give us definite answers moving forward but those stats would tend to back up a theory that it’s a straight fight between Hamilton and Vettel for 2017’s renewal.

As with any Grand Prix, there will be plenty of side markets available if you can’t make up your mind about a winner, or you have a preference but are not keen on his price in the outrights. The fastest lap option has given us some profits already this season and this is a landmark that Lewis Hamilton has claimed just once in his last nine races.

At the time of writing it’s just a little too early for this market but Max Verstappen and Sebastian Vettel are the ones to watch here. Hamilton will likely start as favourite but there will be some definite value as we move through the field.

Pole position betting will also open in the days ahead of the race and Valterri Bottas took this slot ahead of the Brazilian Grand Prix last time out.

The most interesting stat ahead of the Abu Dhabi GP is the one that shows Vettel and Hamilton dominating since the event was introduced. The German may have been in a different car for much of that time but the circuit clearly suits him and Vettel is a good value option at that 13/5 with Paddy Power.

Hamilton has been poor in his last two races but time and again he comes through to show he is the best driver in the best car and with an equally good record in Abu Dhabi, we expect the Englishman to end another great season on a high.