The football season in England is drawing to a close and, without any major tournament this year, the summer will hold just some frenzied transfer activity and, a host of new sponsor deals. For Newcastle United, their campaign is already over so it was a perfect time to announce a new partnership with casino and sportsbook Fun88.

Like many of these deals, the exact financial details have yet to be confirmed but it’s said to be a new club record, and one that would therefore surpass the £24 million agreed with Wonga, their previous sponsors.

We’re not aware of exact funding but what do we know? The arrangement, announced in May, is for an initial three year period and will see Fun88’s logo across the shirts of Newcastle players as they return to the Premier League for the 2017/18 campaign.

It’s also claimed that in terms of financing, this deal will put the Magpies into the top ten of Premier League clubs in terms of revenue drawn from sponsorship so clearly, this is a welcome, and timely deal for the Championship trophy winners as they return to England’s elite division.

One aspect of the deal that will please Magpies’ supporters is the fact that this contract will not include naming rights to the ground. Fans were particularly upset in regard to an arrangement that left them with the JJB Stadium but happily, Fun88 have left things alone so the club will be playing at ‘St James’s Park’ for the near future.

Overall, it’s a deal that has been welcomed by both parties.

It was important for us to find the right partner and in Fun88, we have a shirt sponsor that understands the club and brings significant benefits commercially,

And, that huge fanbase is exactly why a deal with the North East club could prove very lucrative indeed. 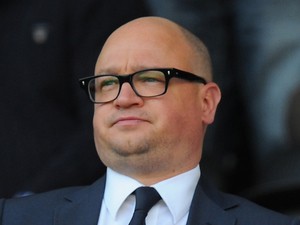 Newcastle are one of the best supported clubs in the UK and as such, they are an attractive proposition to any sponsor. Now they are back in the Premier League, they will increase that exposure by being picked up by the live TV broadcasters for their biggest games up and down the country so this is certainly a good deal from Fun88’s perspective.

But what about the club? We assume that the deal is worth more than the £24 million previously paid by Wonga and that will help to fund potential transfers into St James’s Park. The Magpies have a talented squad but while a handful of players such as Dwight Gayle, Jonjo Shelvey and Vurnon Anita already have Premier League experience, the club needs extra input from big names who have played at the top level in England and around Europe.

It’s claimed in the UK press that club owner Mike Ashley will free up £70m for manager Rafa Benitez to spend over the simmer and names such as Manchester City’s Yaya Toure, Everton’s James McCarthy and Manchester United’s Michael Carrick are on the radar.

It remains to be seen who the individual targets are but much of that funding may well come from the new Fun88 sponsorship deal. It therefore underlines just how important these arrangements are for both parties and the injection of cash could prove vital for Newcastle to achieve their ambitions as they return to the Premier League.