The English cricket season is in full swing and as we reach the start of the T20 Blast series, news of sponsorship and commercial partnership deals should start to intensify. We’ve seen a number of betting companies get behind county sides in the past and that involvement has now extended to the Daily Fantasy Sports platforms.

The latest announcement involves Gloucestershire County Cricket Club who have just revealed a three year shirt sponsorship deal with StarPick, an Indian based operator who specialise in fantasy markets for cricket and therefore seem a perfect fit for the West Country club.

Having recently launched in Bangalore at the start of 2018, StarPick uses a Swedish based platform and within 90 days of going live, they had secured no fewer than 650,000 sign ups around India.

Now available in the UK, the Daily Fantasy Sports operator gives players the chance to pick a fantasy cricket team and then compete with other managers around the world to win regular prizes. It’s a similar method to other DFS games but with a clear focus on cricket.

As part of their UK push, StarPick has now elected to get behind Gloucestershire CCC and their operation is delighted with the new partnership.

We’re proud to be the new sponsor of Gloucestershire County Cricket Club and look forward to a very exciting season ahead.

Our fantasy cricket platform has been very well received by cricket fans in India and we’re confident that we can replicate that success in the UK by giving cricket fanatics the chance to build their own fantasy team and engage with like-minded supporters. 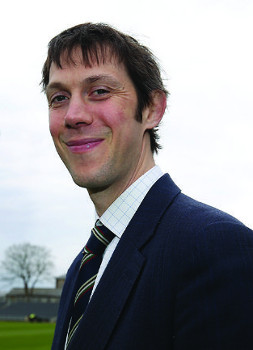 We’re thrilled to have StarPick join us as our main team sponsor. The world of fantasy cricket has gone from strength to strength recently, and we hope that through our partnership we can bring that enjoyment to the UK.

It was fitting that the new sponsored shirts were first seen in Gloucester’s T20 match with Somerset at the beginning of July. For many years, the team has been one of the most potent forces in English one day cricket and while things haven’t been quite as successful in recent times, the club did win the Royal London Cup as recently as 2015.

It’s therefore surprising that their record in the domestic T20 competition is a poor one and Gloucester have only reached Finals Day twice since the tournament was incepted in 2003. In 2018, they have the opportunity to put things right with a talented squad that includes the Australian pair of Michael Klinger and Andrew Tye.

Cricket doesn’t have the same kind of transfer system as football but clubs still need an influx of funds to maintain wages, along with vital infrastructure. It’s therefore a big coup for Gloucestershire CCC to have secured such a high profile deal at a time when many clubs are struggling for finances.

For StarPick, this seems like a perfect opportunity to advance their brand name and to capture the imagination of cricket fans who like to play Fantasy Sports. It’s a well-balanced arrangement and it will be fascinating to see the partnership develop over the next three seasons.