Ipswich are a team who briefly held a place in the Premier League but for much of their existence, they have played in the second tier of English football. The club always seem to threaten a promotion push but never quite get over the line in their quest to get out of the Championship.

Some improvements to the squad may, therefore, be the catalyst that they need to get up into England’s elite so a new sponsorship deal with iGaming brand Magical Vegas is set to bring in some welcome funding.

This is a full, shirt sponsorship arrangement that will see the Magical Vegas brand logo appear on Ipswich Town’s away kit for the remainder of the 2017/18 season and beyond. The deal does not currently apply to the home shirts which will be unchanged for the time being.

Unlike similar contracts, we have a little more insight into the terms here: The arrangement is for three and a half years and it’s reported to be worth £2m although that figure can rise if the club are promoted to the Premier League within that period.

It’s an important deal for both sides and one that could be evenly balanced in terms of benefits to each party. 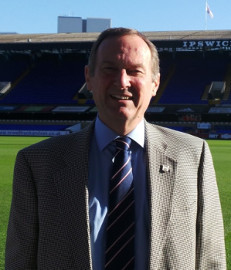 A lot of hard work has taken place on both sides and it’s the start of an exciting new partnership.

We’ve been working on this agreement since the autumn and we are all delighted it has come to fruition.

Magical Vegas is an exciting brand and we look forward to a new era of shirt sponsorship at Ipswich Town Football Club.

Speaking on behalf of the operator, Konstantinos Velitas said:

We are delighted to be working alongside such a prestigious football club as Ipswich Town.

It’s a thrilling new venture for us and we look forward to a very successful partnership over the next three and a half years.

The best sponsorship deals are those that offer a strong balance between the two parties involved and this looks to fit that profile. As an operator that is still looking to develop its brand in the UK, this should suit Magical Vegas as they tie in with an established English football club.

Ipswich have a loyal following and while tens of thousands of fans descend on their Portman Road stadium for every home match, the Championship also receives extensive live TV coverage which will pick up many of the club’s away matches.

While it’s noted that Magical Vegas are only showing their brand on away kits, we would expect to see advertising within their home ground while a logo is also likely to appear on the club’s official website.

As for Ipswich, it’s all about securing funds that could help lift them back up into the Premier League.

When the deal with Magical Vegas was announced, Ipswich were in 12th place in the Championship table although it’s all fairly tight at the top and the side were just four points adrift of sixth placed Sheffield United who occupied the final play off place.

In reality, Ipswich and their manager Mick McCarthy are likely to be planning for next season and beyond although promotion certainly isn’t out of the question for 2017/18. Moving forward, transfer funds will be needed and that’s why sponsorship arrangements such as this, worth at least £2m will be so vital to help the club achieve its aims.

For the next three and a half years at least, Ipswich Town and Magical Vegas are partners and we shall see how both parties grow over that substantial period.