Philippines based betting company W88 is clearly aiming to make a mark on English football this season having announced its second big commercial partnership in less than a month. In June, it was confirmed that the operator would become the title sponsor for newly promoted Wolves and they have now signed up with former EPL Champions Leicester City.

W88 have been unveiled as the official betting partner for the Foxes from 2018/19 onwards in a deal which will raise their profile while adding welcome funds to the club over an important summer.

W88 has committed to a two year deal that will cover both the 2018/19 and 2019/20 seasons, thereby making them a clearly visible brand at the club’s King Power stadium. That visibility will chiefly come from extensive LED advertising around the pitch which will be seen by thousands inside the ground and many more who will pick up Leicester’s games via the live TV broadcasters.

It’s also said that the operator will be able to boost its own marketing activities by having exclusive access to players as they look to build unique content. It’s another big coup for W88 and they are naturally delighted about linking up with the 2015/16 Premier League winners.

A spokesman from W88 said:

We are very proud to partner with Leicester City Football Club, who have experienced incredible worldwide growth since winning the Premier League in 2015/16.

We are confident that our partnership with Leicester City will allow us to bring football fans and customers in Asia closer to the Club, and we look forward to engaging with them to build lasting relationships. 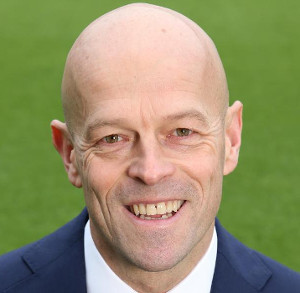 We are delighted to welcome W88 to Leicester City as an Official Partner. It’s exciting to have such an ambitious brand on board and we look forward to creating unique content and offerings for our fans in the UK and around the world.

It’s been a very active summer for the W88 brand and it’s also set to be a very busy period for Leicester City football club. Once the 2018 World Cup comes to a close, preparation for the new season will get into full swing and the first priority is to get the squad in place for the 2018/19 campaign.

The Foxes have a big squad and some departures are inevitable but the manager will be desperate to keep hold of Jamie Vardy and Harry Maguire who are away with the England squad at Russia 2018. Both men have been linked with moves away from the East Midlands and either would leave a huge hole in the squad if they were to leave.

At the same time, the club have already been busy in the transfer market, securing the services of Portuguese international Ricardo Pereira and the Norwich City midfielder James Maddinson. Finances have to be balanced so this deal with W88 is a timely one while at the same time, the operator continues to build its brand and to make its mark within English football.