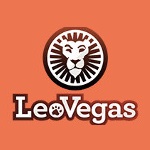 Leicester Tigers have, in recent years, been one of the most successful club sides in English rugby and their bid for the top in the upcoming 2018/19 season has been boosted by the extension of a high profile sponsorship deal.

Casino and sportsbook operator LeoVegas are the company behind the agreement which was first forged between the two parties in 2017.

The new sponsorship contract will now run for two years, taking the arrangement between LeoVegas and Leicester Tigers up to the end of the 2019/20 English rugby season. The LeoVegas logo will be clearly seen on the rear of players’ shorts while the operator has also been installed as sponsor of the Leicester Tigers app.

Extensive advertising will also be granted inside of the club’s Welford Road Stadium and as one of the most popular teams in the English game, this deal is set to give some serious boosts to LeoVegas as it raises their profile among rugby fans up and down the country.

Andrea Pinchen, who is the Commercial Director at Leicester Tigers said:

To announce our deal extension with LeoVegas is a great positive for the club, and demonstrates just how powerful a brand Tigers continue to be.

LeoVegas are an exciting and innovative partner and their support with products, such as the Tigers App, are of real value to the club and indeed our supporters.

We’re thrilled to extend our partnership with Leicester Tigers – one of the largest clubs in world rugby.

With back-to-back European Cups to the club’s name and more league title triumphs than any other team in the record books, we’re looking forward to supporting the club with their ambitions over the coming seasons.”

As part of this new and extended contract, LeoVegas also become the official betting partner for Leicester Tigers so the benefits keep coming for the brand. The sportsbook arm of the operation has only recently been launched and this contract is a real boost for a company that is still largely known amongst players as a provider of casino games.

In the wider sphere, fans of Leicester Tigers rugby will also stand to gain from the extension thanks to promises of exclusive odds and markets, along with the opportunity to win matchday tickets and hospitality packages. Overall, this is a commercial partnership with great benefits for the two sides that are directly involved but those benefits are clearly filtering through to supporters and that’s always good to see.

Rugby union doesn’t have the kind of big-money transfer windows that we see in football but in this professional era it’s still important to seal significant financial deals in order to attract the best players and at the start of a new season, this agreement will give a big boost to Leicester Tigers.

At the same time, LeoVegas are just starting to gain the exposure they need to make their mark as a UK sportsbook and that development looks set to build over the next two years.