The sportsbook operator LV BET has been popular in mainland Europe for some time but the company is still working hard to build up its portfolio in the UK. From this point onwards, they should start to become more visible thanks to a new, commercial partnership deal with the Vanarama National League.

Under the terms of the contract, LV BET have been installed as the league’s official betting partner and the contract begins on May 11, 2019, as Vanarama oversees its Promotion Final.

As well as being on board for the climax of the 2018/19 season, LV BET will be there for the Vanarama at the very start of the new campaign. The contract installs the operator as the official betting partner at the commencement of 2019/20, although there doesn’t seem to be any news of an extension to that initial year.

Financial terms have not been disclosed either but it’s likely that LV BET have paid a considerable sum, even if that deal is only for an initial season. In return for their investment, the sportsbook will receive considerable exposure, both at individual club grounds and via social media and other digital outlets.

It’s a deal with good balance and naturally, both parties are delighted to welcome it in.

We’re thrilled to launch a partnership with the National League ahead of this season’s playoffs and are honoured to be present at Wembley for the Promotion Final on the 11th of May.

With 68 teams across three divisions, we’re excited to showcase our products with special promotions for all fans at LVBet.com and also by creating content to be shared digitally and socially. 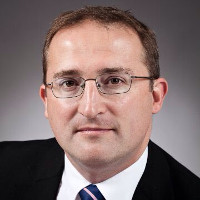 In reply, CEO of the National League, Michael Tattersall added:

We are delighted to have LV BET on board for the playoffs and the 2019/20 campaign.

LV BET will be a new sponsor of our showpiece Promotion Final at Wembley and will support the growth of the National League whilst promoting responsible gambling.

While Sky Bet have enjoyed significant and sustained exposure through a similar contract with the Football League, LV BET won’t quite enjoy the same raised profile. However, this is a good arrangement for them when it comes to boosting their visibility in the UK.

As the announcements confirmed, there are 68 teams involved across three divisions so there is great potential for the operator to have their name put in front of several sets of fans. In some cases, clubs may only have a few hundred in attendance but loyalty to a brand can still breed in a smaller audience.

The bigger Vanarama matches, including the Promotion Final, are also broadcast live on Satellite TV so there is the potential to reach millions more via this medium. LV BET deserve attention for dipping into the lower reaches of the football ladder so this is a deal with better balance than may seem evident at first glance.