We’ve recently seen MansionBet delve into so-called minority sports with a sponsorship deal that pumped vital funding into the world of pool and the operator has now extended their coverage with a series of contracts that get behind some high profile boxing contests.

Anyone who watched the Dillian Whyte v Lucas Browne WBC heavyweight title eliminator in March may have noticed the MansionBet name featuring heavily in the ring and across the arena and that was just the start of the deal that will see them involved in the sport for much of 2018.

Following on from the Whyte v Browne bout, MansionBet will be fully behind the upcoming battle between Lee Selby and Josh Warrington at Elland Road on May 19. This is a fight for the IBF Featherweight title and is another high profile event between two boxers at the top of their game.

There are more to be confirmed and after a successful backing of George Groves in the World Boxing Series, the operator looks set to be involved with the boxing world for some time to come.

We were thrilled that Groves won his semi-final fight, and are pleased to continue our partnership with him as he prepares for the final. Adding to the excitement, we are delighted to extend our support of prominent British boxers, with the upcoming sponsorships of both Dillian Whyte and Lee Selby.

Aligning our sportsbook, MansionBet, alongside this popular sport feels like a natural fit, and we look forward to introducing our brand to such an impressive audience. 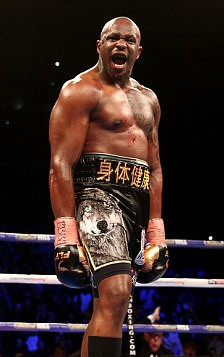 While we have yet to see any comments from the promoters involved with the upcoming fights, Dillian Whyte did add his own words ahead of his bout with Lucas Browne.

I am delighted to be backed by MansionBet ahead of my huge fight with Lucas Browne on Saturday night.

Whyte is quoted as saying.

This is a massive night for me live on Sky Sports here and in America on HBO. It’s a great card from top to bottom so make sure you tune in for a fantastic night of action and an explosive performance from me.

Whyte backed up those comments with the explosive performance that he had promised, laying Browne on the canvas before talking up potentially bigger challenges that lie ahead. The heavyweight’s next opponent may be, as yet, unknown but it may well be that MansionBet are involved, even though the increased profile of the fight may increase the funds needed to back it.

Boxing is one of the richer sports on the circuit but it doesn’t attract the same kind of investment that football enjoys so deals such as this one between MansionBet and British fighters are important for both parties involved.

In the case of the sponsor, some significant exposure can be gained ringside and with the majority of bouts receiving some form of live television coverage, that exposure will extend into millions of homes that are catching the action on a global basis.

In return, some of Britain’s up and coming boxers will receive important financial support as they reach vital points in their careers. As Dillian Whyte states, this is appreciated by all involved so this is one of those sponsorship deals where there is excellent balance with both sides set to benefit for the remainder of the 2018 Boxing Calendar.