MansionBet Pulls No Punches in Its British Boxing Drive

Anyone who follows this type of story will know that MansionBet are a very active bookmaker in terms of sponsorship deals. The impressive thing about this operator is the fact that they cover many sports from the glitz and glamour of Premier League Football down to those who need it most.

Snooker has enjoyed support from MansionBet in the recent past and so have the fringe areas of boxing. With that in mind, combat sports fans are now set to benefit again in this latest announcement.

Recent reports confirm that MansionBet has entered into a new commercial partnership deal with the Ultimate Boxxer organisations. The two parties are no strangers to each other, having previously been involved in Ultimate Boxxer II back in September 2018.

The latest deal states that MansionBet has now agreed to become the title sponsor of the 2019 Ultimate Boxxer series. It all gets underway at the O2 Arena in London for an area of the sport that is building in interest around the boxing world.

Eight fighters will go head to head and the action from London will be broadcast live on TV via the BT Sport network.

In return for their financial commitment, MansionBet will enjoy great visibility in and around the vast O2 Arena. The addition of the TV coverage will therefore be an added bonus with a growing audience set to pick up the action. It looks a well-balanced deal with both parties set to benefit and naturally it’s been welcomed on all sides.

This is a tournament that has grown in popularity and being shown on BT Sport on prime-time is a testament to that.

We are thrilled to be supporting Ultimate Boxxer again and encouraging boxers who can compete and gain exposure on such a massive platform. 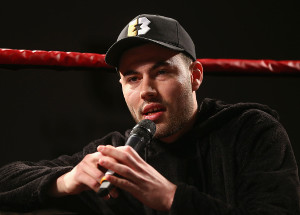 I’m delighted to be working with MansionBet for the next shows on BT Sport. They have supported our vision from the very beginning, which has now progressed into exciting new territory.

Ultimate Boxxer is an eight-man one night event that has carried the baton from a similar competition which was known as Prizefighter. It works on a last man standing basis and as such, it’s an unusual format that has attracted a brand new audience. The first Ultimate Boxxer was held in April 2018 at Manchester Arena while MansionBet became involved in the second edition which was held in September of the same year.

It gives an opportunity for up and coming boxing talent to showcase their abilities in front of a live television audience and can, therefore, offer a life-changing opportunity to whoever emerges as the winner.

MansionBet should be applauded for their involvement here. Hopefully Ultimate Boxxer will continue to build from this point while the main sponsor will get all the exposure they deserve in return for their backing.