The sports betting exchange Matchbook are one of the most active gambling operators when it comes to getting behind horse racing. They have several sponsorship deals in place up and down the country and have now extended that reach with some latest developments.

It’s been announced that Matchbook has partnered in with two new contracts at Cheltenham and Ascot with a number of races falling under the scope of the arrangement.

The new Cheltenham racing season starts up at the end of October and it’s been confirmed that Matchbook will be sponsoring four races, including the renamed Matchbook Betting Exchange Handicap Chase. The renewal carries a purse of £60,000 and it’s certain that the operator’s involvement has helped to maintain an attractive prize fund.

The arrangement with Ascot moves into the New Year and will get underway on January 19, 2019 with the Matchbook Clarence House Raceday. This meeting carries a quality card, the highlight of which is the Clarence House Chase, the Group One that has been won for the last three years by Willie Mullins’ Un de Sceaux.

It’s an important development for British Racing and one that has been welcomed by all involved. 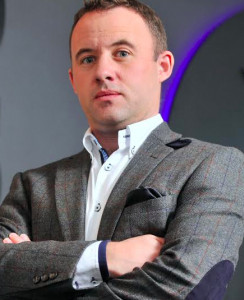 We are thrilled to be extending our UK horse racing sponsorship portfolio to include two of the World’s premier racecourses. Both events represent really exciting opportunities for us to connect with our customers and bring them closer to the sport.

These three-year partnerships further demonstrate Matchbook’s commitment to the horse racing industry and to our horse racing customers.

We are very much looking forward to welcoming Matchbook to Ascot next year as title sponsor, for the Matchbook Clarence House Chase Raceday.

The day features three Graded races including the Grade 1 Clarence House Chase which is the last top-level opportunity in Britain for the fastest chasers in Europe, before the Cheltenham Festival.

I am delighted to be working with Matchbook at The Showcase this year, in their role as Official Betting Partner.

I hope that it proves to be a worthwhile platform for them and that we can build a strong partnership with them for the future.

While Matchbook are largely unknown in the glamourous sports sponsorship world of football, their commitment to the world of horse racing is strong so it’s a shame that it goes under the radar to some extent.

Only through this ongoing support from commercial backers can horse racing continue to put up the big prize money that attracts the biggest trainers, jockeys and horses and the additional deals with Cheltenham and Ascot are merely extensions of the hard work that Matchbook has been putting in for many years.

The contracts, while strengthening the positions of the racecourses and the individual meetings should hopefully lead to additional interest in Matchbook from the betting community. Their exchange platform comes with lots of benefits for punters so hopefully this announcement will prove to be a productive one for all parties.