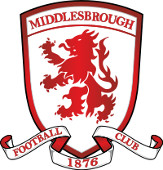 After narrowly missing out on promotion at the end of the 2017/18 season, Championship side Middlesbrough will be aiming to go one better next term and reclaim their place in the Premier League. Overall it was a positive campaign for Tony Pulis and his side but they will now be preparing for a push towards the top which would avoid the relative lottery of the play offs.

Those preparations involve harnessing the club’s finances so this new betting partner deal with sportsbook and casino Unibet is certainly a timely one.

The overall deal is part of an arrangement with Unibet’s owners the Kindred Group who also run sister brand 32Red. While the 32Red logo will appear on first team shirts for the whole of the 2018/19 campaign, Unibet’s name will be on training kits and they will provide betting services for fans at Middlesbrough’s Riverside Stadium.

Digital services will also be available and Unibet will receive all the usual exposure tied to a deal of this kind and that includes advertising at the ground. It’s a contract with significant benefits for both sides and naturally it’s been welcomed enthusiastically.

Unibet is the leader of online betting sites and we are excited to be working closely with it to bring its services to our fans on a matchday at the Riverside Stadium as well as exclusive fan offers and promotions throughout the season. 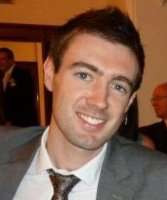 The club have been a pleasure to work with in agreeing Unibet’s official betting partner status and we are excited to see the brand on the club’s official training wear.

The Middlesbrough fans are truly some of the most loyal and passionate in the country and we look forward to rewarding that loyalty with Unibet’s ‘bettor’ experiences.

After a season out of the Premier League and something of a revolving door policy in terms of management, the experience Tony Pulis arrived at the Riverside on Boxing Day 2017 and guided the club into the play off places.

When Garry Monk departed the hot seat, Boro fans would have been happy to see their team climb up the table but ultimately there was disappointment as the club were eliminated in those play offs and missed out on relegation.

With Pulis in place at the start of 2018/19, the target from Chairman Steve Gibson would presumably be to finish in the top two places and therefore guarantee promotion back into the Premier League.

Pulis’ squad has been together for some time now and it includes the experience of Stewart Downing who is back at Boro for his second spell at the Riverside. Middlesbrough can also field two of the most potent strikers in the Championship in Patrick Bamford and Britt Assombalonga who will be charged with scoring the goals that fire their team back into the top flight.

One or two additions to that squad would be useful if Boro are to make it back into the Premier League so the finances generated from the Unibet deal could be handy. It’s a positive announcement with good balance on both sides and it will be interesting to see if Middlesbrough can achieve their promotion target at the end of 2018/19.