In terms of football sponsorship and betting partner contracts, Italy’s Serie A is one of the busiest leagues in the world right now with Juventus and both Milan clubs having all signed strategic deals in the last few months.

AC Milan have taken things a step further at the start of 2018 with confirmation of their first regional partner in iGaming brand Vwin. The deal comes at a time when the club is looking to build its own name into other parts at the world while aiming to break the monopoly of Juventus as serial league champions.

All we know in regards to contract length is that this is a ‘multi year’ deal and we’ve come to expect the fact that financial details are very rarely disclosed. Therefore, little is known about the exact terms of this arrangement but it should certainly be one that proves beneficial to both parties.

Tens of thousands of fans will pack into the San Siro every time AC Milan play a home game and Serie A is still a big draw for the TV companies who stream live matches into households right across the world. Vwin will therefore benefit greatly from the added exposure which will extend digitally as their brand logo will presumably appear on the club’s official website.

At the same time, AC Milan will obviously benefit from the injection of funds into the club as they look to strengthen their squad with a view to keeping pace with the mighty Juventus. And, as a brand who have a good following in Asia, it’s a positive for the Serie A giants to be able to harness their new partner and to reach out to this football-mad part of the world. 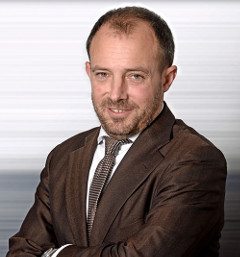 We are excited to be collaborating with AC Milan.

I am convinced this will be a successful partnership on both sides. We can’t wait to share the future that awaits us.

We are proud to welcome Vwin, leader in the online betting industry in the Asian Territory, in AC Milan’s family of partners.

Vwin is our first regional partner in Asia. This agreement represents to our club a first and important step in the development of our commercial strategy on this key market.

It’s a historic moment for all those involved with AC Milan and in truth, the club is in need of a boost right now. While Juventus have much stiffer competition in 2017/18 as they look to extend their run of domestic titles, the challenge isn’t coming from Milan who are at the wrong end of the table.

AC started 2018 in 11th place, 23 points behind the league leaders and while there is no real threat of relegation, this is not a situation that will please the club’s owners. The tie in with Vwin may be well timed however as it comes at the start of the January transfer window and a time when all sides can look to add to their squads and build for the future.

There is some experience in this side and it’s led by the skipper Leonardo Bonucci but the manager and former player Gennaro Gattuso must question whether some of the squad are good enough to compete in the division.

January 2018 will therefore be a fascinating month at the San Siro and it will be interesting to see if there are any instant purchases in the wake of the Vwin deal. Moving forward, this multi year arrangement looks to be well balanced and one that looks set to benefit both parties in the long term.