It may be tough to name sponsors of a side that you only have a passing interest in but up until the end of the 2016/17 season, the main backers of Norwich City were familiar to most of us. The Aviva brand is tied to the Norwich area in a big way and the insurance company is one of the main employers here.

Previously named Norwich Union, the company had been Norwich’s principle shirt sponsors for a number of seasons but all that has changed ahead of the new campaign.

It’s been announced that the sportsbook and casino company LeoVegas will be the new name on Norwich City shirts in an initial deal that will last for the next three seasons. The Swedish based firm had already started to make its mark with some betting partner arrangements but this is clearly a big deal for them as they tie in with the Championship side. 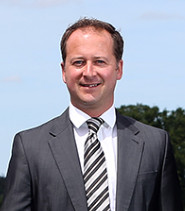 We’re very excited to be partnering with Norwich City, and this is a deal that cements LeoVegas’ presence in UK sport

said Jon Sinclair, head of LeoVegas in the UK.

We’re delighted to be working alongside the Canaries at the start of an exciting new era.

Having enjoyed some years in the Premier League, Norwich will be targeting a return to the top flight in England and that’s the potential ‘new era’ that LeoVegas are referring to.

The Canaries are among the favourites for promotion at the end of the 2017/18 campaign but can the backing of this new sponsor help them to achieve those goals? 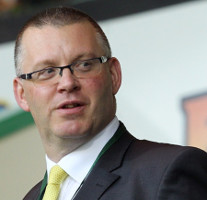 It has been a positive summer for the club commercially, and this lucrative partnership with LeoVegas will generate vital income into Norwich City.

The vital income that is referred to in that quote would most likely be used to strengthen the Norwich City playing squad as the club prepares for a tilt at the promotion slots. The Canaries were a premier league side as recently as 2015/16 and there is a genuine feeling among supporters that this is where they really belong.

Norwich finished the 2016/17 season in eighth place and were therefore two places away from the play off positions. This year they should be aiming for those play offs at the very least but with a few changes to the current squad they could be targeting automatic promotion.

The club has a new manager too with Daniel Farke stepping in to try and get the team up to the next level. In order to do that he will need as much transfer funding as possible and that’s where sponsor deals such as this one step in.

In return for their investment, LeoVegas will obviously have their brand shown to fans at all games around the country and at Norwich’s Carrow Road ground. The Championship also gets plenty of coverage from the live TV broadcasters with Sky TV in the UK giving a lot of added exposure via this medium.

The logo of LeoVegas will also appear on the club website so, overall, the gaming brand is getting exposure to millions via a number of methods.

It’s fair to say that some Norwich City fans were sorry to see Aviva’s deal coming to an end. They had been sponsoring club shirts for nine years and have a strong association with the City so in that sense it’s easy to empathise with that set of supporters.

However, for a side that is looking to get back in England’s top division they need to maximise the profits from this type of deal. New manager Daniel Farke is under pressure to deliver promotion in his first season and this is a perfect sponsorship arrangement that should free up all the funds that he needs.