The world of eSports has come under the spotlight once again in terms of sponsorship and the latest bookmaker to get behind the world of virtual gaming is Pinnacle. The sportsbook and casino operator has been confirmed in a recent announcement as the betting sponsor for the Blast Pro series.

The deal will see the Pinnacle name attached to the series for all of the remaining tournaments in 2018 and it comes as a huge boost to the competition and all of the teams and players listed to take part.

The contract is effectively already underway because the arrangement actually started with the Blast Pro Series event which was held in Istanbul from September 28th to 29th. Blast Pro focuses on Counter Strike: Global Offensive and the deal will cover all additional related tournaments from now until the end of the year. Next up is the Copenhagen tournament in November followed by a series finally where the dates and venue will be announced shortly.

The news follows a number of similar stories where betting companies have been quick to move across from mainstream sport and increase their presence in the virtual world. Betway have been big supporters of this sector for some time now and Pinnacle’s move has naturally been welcomed by the organisers. 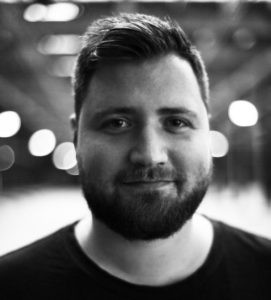 Jakob Lund Kristensen is the co-owner of RFRSH Entertainment, the company who organises the Blast Pro series and he welcomed the deal by saying:

We are extremely excited to have entered into this relationship with Pinnacle. Pinnacle have been an ever present part of the esports community for many years and we are excited they have chosen BLAST Pro Series as the world class tournament to meet their objectives in their 20th anniversary year.

We believe that Pinnacle’s prestige, values and commitment to their customers is the ideal solution for BLAST and our global audience, and we look forward to activating this partnership.

We are thrilled to become the Official Betting Partner for BLAST Pro Series. As we celebrate our 20th anniversary, we have been looking to build on our presence within the eSports scene and this relationship with BLAST is the perfect opportunity to do so.

The rapid growth within the industry means there are ample partnership opportunities but we insisted on waiting for someone who matches our intent to have a real positive impact on the eSports community.

eSports is another sector where there has been some controversy over gambling partnerships but in terms of Counter Strike: Global Offensive, this is a growth area. This is largely down to the fact that the developers of Dota 2 recently advised organisations not to continue with this type of deal which left potential backers to look elsewhere.

No such suggestion exists yet in the world of CS:GO and for a number of parties, it’s hoped that things stay this way. ESports tournaments and organisations need to attract significant investment for things to grow and many will hope that these arrangements continue. For now, Pinnacle are confirmed as partners for the Blast Pro series and it should be a fruitful association for the remainder of 2018.