Fulham FC made a late and impressive surge into the Championship play offs at the end of the 2017/18 season and after a successful trip to Wembley, the Cottagers now take their place back in the Premier League.

It’s an important season for the club in a division that becomes more competitive with each passing year so a new shirt sponsorship deal with betting company Dafabet is a timely one.

The arrangement between the two parties is for two years and although the exact finances have not been revealed, it’s been confirmed that this is a club record partnership for Fulham FC. The announcement was timed to coincide with the launch of Fulham’s new Adidas kits for the 2018/19 campaign and the Dafabet logo will be seen prominently on the first team home and away shirts and also on the shirts worn by the Fulham women’s team.

Fans will get the first chance to watch their team this summer when they take on Reading in a pre-season friendly on Saturday July 14 and the Dafabet logos will be in place. It’s a big deal for both parties involved and naturally they’ve welcomed it with great enthusiasm. 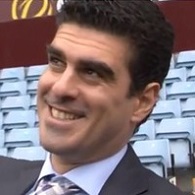 We are delighted to continue our long-lasting presence in the Premier League by partnering with a club full of heritage and tradition.

While the relationship is in the early stages, our initial discussions with the club’s officials have given me every confidence that we share the same passion for football, we’re looking forward to a fruitful and successful partnership.

I am delighted that the Club has been able to benefit from the team’s tremendous success of last season’s promotion to the Premier League by securing a record shirt sponsorship deal.

We look forward to enjoying our return to the top flight with Dafabet and working with them to continue to grow the Club’s brand globally.

While Dafabet’s involvement might not have had a direct impact on Fulham’s transfer policy, it’s interesting to note that on the day following this announcement, the club moved to secure the services of Ivory Coast international midfielder Jean Michael Seri on a four year deal.

Fulham can’t waste any time in getting their squad assembled for the 2018/19 campaign as manager Slavisa Jokanovic looks for a mid-table finish, away from the horrors of a relegation battle.

Cottagers’ supporters would have been disappointed to lose full back Ryan Fredericks to West Ham but so far they have managed to keep hold of their best asset – midfielder Ryan Sessegnon – who has been a reported target for some of the established Premier League sides.

The financial input from Dafabet will certainly help in maintaining players’ wages and in bringing new talent to the club in what is such an important campaign.

For their part, Dafabet will benefit from all the exposure that a partnership with an EPL side will bring, both through advertising at Craven Cottage and on digital channels through to extended coverage from the live TV broadcasters.

It’s a well-balanced contract and we will see if Fulham can harness Dafabet’s backing and enjoy a productive campaign back in England’s top flight.