There are exciting times ahead for both Queens Park Rangers and iGaming brand Royal Panda with news that the two have teamed up ahead of the 2017/18 season in a shirt sponsorship deal which will last for an initial three years.

Previously sponsored by betting exchange Smarkets, QPR will be hoping that the new arrangement helps them get back into the Premier League after a subdued season in the Championship last time out. As for Royal Panda, they have a growing reputation as a casino operator since launching in 2014 but the news precedes their entry into the world of sports betting.

There are no exact details of the finances involved but it’s clearly a deal that delights both parties.
Royal Panda CEO Mark Podd said:

On behalf of everyone at Royal Panda, we’re delighted to be sponsoring Queens Park Rangers.

As an up-and-coming brand, the opportunity to team up with a club with such history and tradition as QPR, was a fantastic opportunity for us.

Queens Park Rangers, for their part, are equally excited at the news.

We are absolutely delighted that Royal Panda are on board as our new shirt sponsors from the 2017/18 season.

A market-leader in the online casino sphere, Royal Panda are joining us at a hugely exciting time, having recently received their sports book license, which will launch in the coming months.

Both parties when on to discuss various promotions that would be set up, both at QPR home games and online so it could be a very good time to sign up as a new Royal Panda customer as the new sportsbook prepares to go live.

Following spells in the English Premier League, Queens Park Rangers fell back into the second tier of English football at the end of the 2014/15 campaign and haven’t looked like getting back into the elite division since that point. 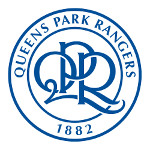 A poor start to last season under former Chelsea striker Jimmy Floyd Hasselbaink saw the side looking the other way at a possible relegation scrap. The Dutchman lost his job and was replaced by Ian Holloway and after consolidating in the second half of 2016/17, Rangers fans will hope that the club could reach the play offs this time around.

To achieve this, QPR will need to boost their funds from as many sources as possible and that’s why deals such as this one with Royal Panda are so important.

Rangers ended the 2016/17 campaign with a big squad and it’s one that carries a lot of Premier League experience. A number of the players here featured in the QPR side that last appeared in the top flight three years ago and the experience of Jamie Mackie, Steven Caulker and Nedum Onuoha will therefore be vital if the club is to get back to where the supporters feel they belong.

But to make the step up, manager Holloway will need to reinforce that squad. So far the transfer rumours have been fairly quiet however with Barnsley’s Josh Scowen among only a small handful of players being linked with a move to Loftus Road.

As for Royal Panda, this is a significant deal as they are set to go into a new era. Championship football receives good coverage from the live TV cameras and with their logo emblazoned across players’ shirts for the next three seasons at least, their name is set to go out to a much wider audience.

That logo will also reach an extended audience via the club’s official website while it will be interesting to see just how the casino and new sportsbook uses those promotions to build the brand further.

A fascinating three seasons lie ahead for both parties but can they achieve the main aim of this deal and get Queens Park Rangers back in the Premier League?