The Challenge Cup Final remains the pinnacle of a long rugby league season and from 2019 onwards, the governing body has found a big-name sponsor for this major competition. It’s been confirmed that sports betting operator Coral has signed up for the deal which commences at the start of the new campaign.

In what’s been described as an ‘historic commercial partnership’, Coral’s involvement has now seen rugby league follow the lead of other sports such as cricket by bringing both the men’s and women’s game together.

The Deal in Detail

The announcement confirms that Coral have been installed as the headline sponsors for both the women’s and men’s versions of the Challenge Cup Final. It all starts on July 27 when three games will be played at the Bolton University Stadium.

This is the historic day which will feature both men’s semi finals and the final of the women’s Challenge Cup. Later, on Saturday August 24, the men’s version of the Challenge Cup Final will take place at Wembley Stadium and once again, Coral will be backing the game as part of their sponsorship deal.

It’s a historic announcement and naturally it’s one that has delighted both parties:

In welcoming the deal, Coral’s head of sponsorship and events Adrian Osman said:

The Rugby League Challenge Cup and the final at Wembley are flagship events in British sport, and we are delighted that Coral’s name will now be associated with them in this significant deal.

We’re really looking forward to seeing the two competitions unfold through the spring and summer. 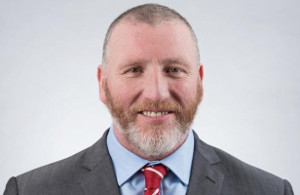 This is a really significant day for both the Challenge Cup and for women’s rugby league.

The men’s Challenge Cup is one of the iconic competitions and trophies of British sport, with more than 120 years of history and the famous Wembley final televised live to the nation and the world by the BBC.

The women’s Challenge Cup may not have that history but Coral’s enthusiasm for it to be part of a joint sponsorship deal confirms our determination that it is set for a really exciting future.

While the benefits to the men’s and women’s versions of the game are obvious, Coral will stand to gain from this arrangement too. They are already a respected brand who like to get behind some of the more established sporting events and their involvement with established rugby league competitions will only help to boost their profile.

The Coral brand will clearly be in evidence around Wembley and at the Bolton University Stadium for the final and that can only help to boost their profile. In addition, the company will earn greater exposure via digital channels that will promote the Coral name for the duration of the tournament.

It’s therefore a nicely balanced deal and it’s also one that is pumping much needed funds into the minority sport of women’s rugby league. That financial boost is an important one for the men’s game too and we hope that all parties will thrive on the back of this announcement.