Sky Bet continue to show their commitment to the English Football League and have been the main sponsor for several seasons. The operator has now announced a continuation of that sponsorship with a huge five year contract that will take the two parties up to the end of the 2022/23 season.

All 72 clubs over the three divisions will continue to benefit from Sky Bet’s input and as part of the overall Sky brand, we may expect to see expanded coverage of live games from the Championship and through to Leagues One and Two.

The online sportsbook originally got involved with sponsoring the second, third and fourth tier six years ago so, in the modern day, this represents one of the longest unbroken associations between two parties.

As far as finances are concerned, we’re unclear on the exact amount of money involved here but Sky Bet have revealed a substantial increase on the existing arrangement. From the start of the 2019/20 season, the operator has promised a 20% year on year uplift on the current deal and that’s an important rise, particularly for those in the lower reaches of leagues one and two.

As part of the contract, all 72 teams will also display responsible gambling messages on their matchday kits. 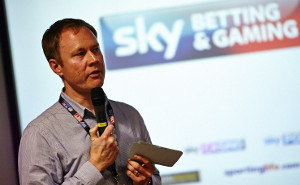 We’re delighted to sign this new deal with the EFL,

and believe the additional focus we and the league are both placing on responsible gambling will show that well run betting operators can play an active part in raising awareness.

The message is an important one but the finances generated could be vital for some clubs, just in terms of survival. It’s a contract worth tens of millions of pounds that will be divided between the 72 sides and as Sky Bet also stated, there isn’t too much interest in football sponsorship outside of the betting industry.

There are some big clubs in the EFL including the likes of Aston Villa who are one of the oldest football teams in the world and one that until recently had enjoyed a long run in England’s top flight.

Villa receive tens of thousands of fans at each home game and have also generated a big money sponsor deal with Unibet so while any additional revenue is welcome, they are not struggling for finances in the way that other sides may be.

At the other end of the scale a team such as Barnet, who were in the League Two relegation zone when the Sky Bet announcement was made, have an average attendance of just over 2,000 at their Hive Stadium in Edgware.

Those are the clubs that will really benefit as Sky Bet confirm the extension to the contract that will see them involved with the lower divisions for a further five years at least.

It isn’t all one-way in terms of who benefits from this new arrangement: Sky Bet will see their logo displayed via LED advertising at every one of those 72 league grounds while further opportunities will be taken up with digital marketing on official websites across the three divisions.

There is also a theory that fans look favourably on a company that gets behind their team so, in addition, Sky Bet will be hoping that they become a preferred brand for all kinds of football and sports betting. They are performing an important service here along with the televising of games from the Championship and below so it’s great to see them continue what they started by announcing this multi-million pound five year sponsorship deal for the EFL.