There are many ways in which iGaming brands can be creative and get their message across in a crowded market and those of us who like our computer games could be hearing a lot more about Sport Pesa in the future.

The African based company secured a major breakthrough in the British sponsor market by getting behind Premier League side Everton and they are set to increase their exposure by becoming the major partner for the massively popular Football Manager game.

Anyone playing the new edition of Football Manager will find that Sport Pesa are very visible throughout. Advertising will be seen when matches are played and the brand will also be involved in terms of player contracts and sponsorship.

In effect, this deal works in the same way that a sponsorship arrangement would in the real world as it’s simply being carried over to the virtual game and the teams and players that are involved in it.

We know that the deal is for five years which is an extensive period in the life of a computer game but the exact financial details have not been made public so we can only really guess at the sums involved for an arrangement of this kind. 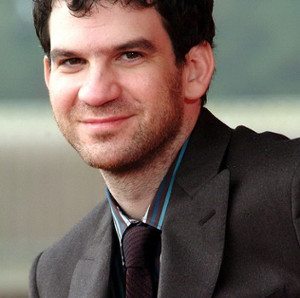 We’re thrilled to finalise this partnership with Football Manager, the game is rightfully adored by thousands of football fans all over the world and is recognised as a footballing institution.

The Sport Pesa team have made a big impact in their short time in the market and we’ve been hugely impressed with their energy and willingness to innovate.

We have also been particularly struck by their commitment to social responsibility, where they’re clearly a market leader in their sector. We look forward to working closely with them for many years to come.

Having started life in 2004, Football Manager is one of the oldest console games in existence but it can actually trace its roots back even further. In fact, it’s claimed that the origin of the game lies with a version that was launched for the Sinclair Spectrum and this first came out way back in 1982!

Therefore, Sport Pesa are getting involved with a piece of history but this is also a well-respected and popular brand. And, when you consider that many millions play Football Manager right across the world, the sportsbook operator will be getting huge amounts of exposure.

In return, the finances generated from this contract will help the developers of the game as they look to introduce new concepts and make it even better in the years that lie ahead.

Sport Pesa have been around for some time but until recently were a very new name in the British market. They’ve worked hard to address that by getting behind Everton and there is a partnership deal with Arsenal too which will further raise their profile.

As a customer here, there is a lot to look forward to and we’ve seen since they landed on the main odds comparison site that they offer top value in all of the popular sports and are particularly hot on football. Hopefully, this new five-year deal with Football Manager will raise that awareness even further while at the same time, the funds involved should help to seal the game’s popularity and confirm it as the best console game of its kind.