Sunderland Look to Bounce Back with BETDAQ

It’s been a difficult two years for Sunderland but after consecutive relegations, the club is starting to look ahead to the new season with a more positive feeling around the Stadium of Light. There are new owners, a new manager and now, the Black Cats have a new headline sponsor.

The betting exchange BETDAQ has been very active in terms of horse racing sponsorship in recent weeks but they’ve now switched their focus to football with the news that they have partnered in with Sunderland in what is an important deal for the north east club.

The contract will see BETDAQ’s distinctive logo appear on home and away shirts from the start of the 2018/19 season onwards while the operator will benefit from all the usual exposure that a backer can expect to receive.

This is likely to include extensive advertising around the pitch perimeter and other opportunities via the club’s social media channels. Now that they are in League One, Sunderland won’t be picked up by the live TV cameras as extensively as they have been in the past but BETDAQ will still be visible to an extended audience via highlight packages from the main broadcasters.

We’ve yet to see confirmation of the length of the deal but we do know that that BETDAQ’s Commercial Director Tom Sloanes is a lifelong Sunderland fan and he is delighted to be backing the club ahead of an important campaign.

This partnership provides us with the perfect opportunity to further enhance our growing sponsorship portfolio and we look forward to playing our part in what we all hope will be a great season for Sunderland AFC.

It also enables us to consolidate BETDAQ’s ongoing drive to spread the message about our 2% commission and the industry leading value available on our exchange. 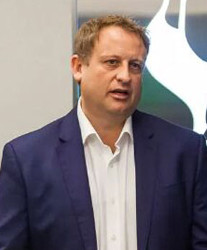 We are delighted to welcome BETDAQ to our Sunderland family. From day one they have demonstrated a real enthusiasm and desire to work with the club.

To partner with a company that understands our values and who we are is very important to us.

Fans of the club are also set to benefit from the arrangement with a number of special offers being lined up by BETDAQ who will also receive exclusive access to Sunderland players for additional marketing purposes.

Just two years ago, Sunderland were a Premier League club but an alarming slide led to two straight relegations that see the Black Cats start the 2018/19 campaign in the third tier of English football.

Despite that slump in fortunes, there are reasons for optimism with new owners at the club and a new man in charge of the squad. Former St Mirren manager Jack Ross takes over at the helm and will look to make promotion to the Championship his immediate aim. The squad contains some young talent but there is experience here and despite that drop through the divisions, Sunderland captain Lee Cattermole has remained loyal and will take the armband at the Stadium of Light for the new season.

There are others with Premier League experience too, including winger Aiden McGeady and defender Bryan Oviedo. It’s a strong squad that sees Sunderland start as favourites for the League One title but it may need some reinforcements and the BETDAQ deal will therefore help manager Ross as he delves into the transfer market.

An interesting season lies ahead and it looks as though Sunderland have found the perfect commercial partner in BETDAQ.