Sunderland Cling on for Dafabet Boost

Sponsoring a club in the second tier of English football is a prestigious position to be in but it must have come as a relief to Dafabet to see Sunderland cling on to their Premier League status. The Black Cats had been flirting with relegation for much of the 2015-16 season but on the penultimate day of the campaign, a 3-0 win over Everton keeps them in the elite.

The result also ensures that Dafabet have optimum TV exposure as their deal moves forward.

Having established an online presence back in 2004, Dafabet went quietly about their bookmaking business before taking the plunge in the world of sports sponsorship. In 2011, they announced that record breaking Premier League striker Alan Shearer was signing up as their Asian ambassador and at the start of the 2012-13 season, they partnered in with both Everton and West Bromwich Albion as part of their first entry into the Premier League.

A year later, the company became involved in Aston Villa but away from football, their biggest focus was on snooker as they put their name behind the Players Championship and the Masters before landing the biggest prize of all, the World Championships in 2014. 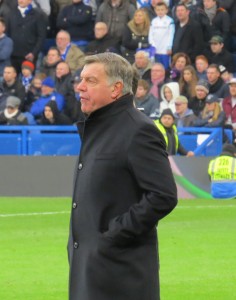 Today, Dafabet are shirt sponsors of Sunderland and they also have a similar deal with Blackburn Rovers in the English Championship. The agreement with Sunderland was announced in June 2015 and runs for two years. It’s worth £5m a season to the north east club so how exactly does the money benefit them and their manager Sam Allardyce?

£5m is a lot of money but it is dwarfed by deals such as the one at Manchester United where shirt sponsor Chevrolet pour in over £50m a year. Sadly, not every club carried United’s status around the world but £5m is relatively generous and when you compare it with over Premier League arrangements, it’s very much a ‘mid-table’ figure.

And, with some shrewd dealing on behalf of the club and Allardyce in particular, Sunderland have managed to harness that money and help ensure their Premier League survival. 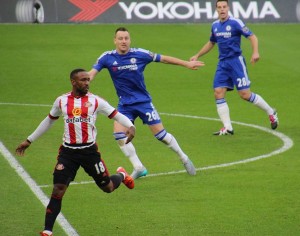 When the January 2016 transfer window came around, things were looking bleak for the Black Cats and it was clear that the manager needed to bring in new players if they were to stand a chance of staying up. Some clever deals had been secured a year later with Jermain Defoe arriving to score some vital goals at the end of 2014-15 while Fabio Borini’s protracted transfer from Liverpool was eventually sealed on the final day of the Summer 2015 window.

Still they struggled but with the arrivals of Wahbi Khazri, Lamine Kone and Jan Kirchhoff in January 2016, Sunderland’s starting XI had a fresh new look for the second half of the campaign.

In fact, it was Kone’s two goals against Everton that effectively kept Sunderland in the Premier League so Dafabet owe the Ivory Coast defender some significant gratitude.

The English Championship remains an important part of any sponsorship campaign and Dafabet remain involved with Blackburn Rovers but Sunderland’s achievement will certainly help the bookmaker in terms of exposure. Instead of heading to smaller clubs such as Burton Albion where they would play in front of a few thousand people, the Black Cats will travel to Manchester United and Liverpool where some 60,000 will be inside the ground.

Millions more will watch the live games as they are beamed into homes around the world so Sunderland’s survival is a big bonus for Dafabet. But the company is pleased to be a part of the set up and while there are more successful sides around at the moment, they are happy to be associated with such a historic club.

As Managing Director of Online Betting and Gaming Dimitris Karatzas said in 2015 at the start of this venture,

What continues to be important to us is working with clubs with tradition and solid fan bases and Sunderland ticks both boxes equally. We look forward to working together and achieving our mutual goals.

There was, perhaps, a bit of a shaky start to the relationship when Dafabet immediately installed Sunderland as favourites to be relegated at the end of the 2015-16 season but they are great partners overall and the sponsorship money helped bring in the players that ultimately saw the club stay up.

Like all deals however, the investment also puts much needed capital into community projects and in building up youth academies, thereby proving that sponsorships such as these give back so much more to the wider area and not just to the two parties that are directly involved.