Having made their way back into the Premier League at the end of the 2017/18 season, Fulham have started the new campaign in steady fashion and will be looking to maintain their place in mid-table moving forward.

Financial injections are always going to be important, even when you have a cash rich set of owners, so this new betting partner deal with Tempobet will be a timely one. The announcement confirms that the sports gambling operator has signed up as the West London club’s official UK betting partner in a deal that should help to develop the brand in front of a British audience.

Tempobet were founded in 2007 but are arguably more visible in mainland Europe so this deal, while it’s a relatively short one at just one year, should help to elevate their status in the UK. Like all Premier League clubs, Fulham will receive plenty of attention from the live TV broadcasters so that puts the operator in front of millions of armchair viewers.

And, of course, there are the Fulham faithful who cram into the club’s Craven Cottage ground for every home game. Through the power of pitchside advertising and other marketing opportunities via digital channels, Tempobet will become a more familiar name to English football fans and the contract has been welcomed fully by the operator.

We are delighted to have signed on the dotted line with Fulham, whose attractive brand of football in the world’s most popular football league is a great fit for us.

We’re looking forward to providing betting and gaming opportunities to their fans and the many millions of football supporters who tune in to watch the Premier League each week. 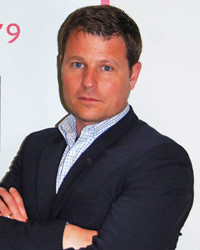 We’re very pleased to welcome Tempobet to the Fulham family and have their name on the team sheet as UK Betting Partner.

We hope we are able to fulfil their sponsorship requirements this season and help them showcase their sports brand in countries far and wide.

Fulham’s manager Slavisa Jokanovic was busy in the summer transfer window but the best bit of business by Fulham saw striker Aleksandar Mitrovic sign from Newcastle United on a permanent basis. Mitrovic was prolific during his loan spell at Craven Cottage and his goals helped propel the club into the Championship play off places.

There have been other new arrivals including Andre Schurrle, Alfie Mawson and Jean Michael Seri so there has been considerable financial outlay during the most recent transfer window.

While this deal with Tempobet was announced after that window had come to a close, the input from the operator will help to maintain spending on wages and potentially, other signings when the transfer market opens its doors again in January.

In return, Tempobet should become more familiar with English football fans and supporters of Fulham in particular so it’s a contract with good balance and it should bring positives to both parties in the season that lies ahead.