Tipbet Announced as Sponsor for Iraklis 1908 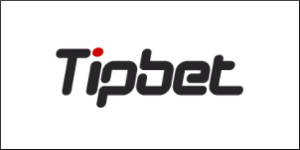 While the name may not be familiar to some European football fans, anyone who has followed Tipbet’s sponsorship of Greek football will not be surprised to learn that the European focused bookmaker has extended their reach with a deal that gets behind Iraklis 1908, who currently reside in Greece’s third division where, at the time of the announcement, they were top of the table.

We’ve been unable to identify the length of the contract and, as is the trend for this type of deal, the financial details haven’t been released either but it’s certainly a significant announcement that sees Tipbet installed as title sponsors of the team known as The Elders.

Players from Iraklis 1908 will now display the Tipbet logo on all of their kits while the brand will be more prominently shown on the front of both home and away shirts. In addition, the operator’s emblem will be clearly marked on both dugouts within the ground while the coverage will extend around the club’s home stadium.

It’s therefore a very comprehensive deal and one that has clearly pleased the sponsor involved.

I am delighted that we have reached this agreement to sponsor Iraklis FC – they are a big and traditional club with fans all over Greece. At Tipbet we appreciate their history and tradition, and are looking forward to working with them as they try and reach their targets this season and in the future to come back as big as they were.

We’ve yet to see a response from Iraklis 1908 but the funds involved will surely be a huge boost to side looking to make their way back up the Greek footballing ladder.

The club that became Iraklis 1908 were once a proud member of the Greek Superleague and had been runners up in the division on three occasions in the 1930’s and 1940’s. Their greatest achievement domestically came as they lifted the Greek National Cup at the end of the 1975/76 campaign but financial disaster was to hit The Elders in the middle of the 2000’s.

In 2011/12, the club was demoted from Greece’s top flight and the ensuing years have all been about stabilising things financially before looking to get back among the country’s elite teams. Unfortunately, despite a temporary resurgence the club was dissolved in 2017 before effectively starting all over again in the Greek third division.

That target to bounce back was recognised in the comments from Tipbet who will play an important role if Iraklis 1908 are to succeed.

Now residing in the third tier of Greek Football, Iraklis 1908 are starting to make a move back to where they feel they belong but it will be some time before they can take their place back in the Greek Superleague.

The initial aim will be to move up through the divisions and they have a competent squad that looks ready to achieve promotion but further progression will require investment and that’s why this contract between Iraklis 1908 and Tipbet is so important.

It may not offer the operator huge exposure but it’s a nice addition to a busy portfolio in Greece which already includes fellow football clubs PAS Giannina and Apollon Pontou FC as well as the Basketball side Aris BC.

There is, however, plenty of scope for the deal to grow with a capacity in excess of 27,000 in Iraklis’ home stadium so in time, many thousands will come to know the Tipbet brand and it will be fascinating to see if it does aid progression for the football club as they look to climb back up the leagues.