Please keep in mind that all odds mentioned are accurate at the time published on 04/04/2018 11:05 am and are likely to change.

Since the start of the 2014/15 season, German language sportsbook Tipico has been backing the major Austrian football championship as its title sponsor. It’s clearly been a fruitful arrangement for both parties and this week’s news shows that it is set to continue as the existing contract has been extended.

Tipico will now be sponsoring the Austrian Bundesliga for at least two more seasons starting with the 2018/19 campaign and we understand that there is an option to extend for a further year if both sides decide to take it up.

When the extension was confirmed, the German based bookmaker stated that the tie in with the Bundesliga was one of its most successful arrangements and one that had sealed major brand coverage with football fans in Austria.

A commitment to developing football at all levels in the country, from grass roots upwards, has also made Tipico a popular partner as far as the Austrian governing body is concerned so this is a good news announcement all round. 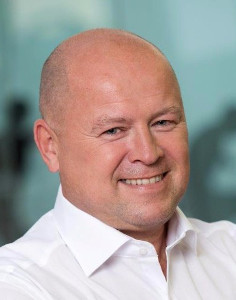 This extension is a mutual commitment. Tipico and the Austria Bundesliga stand for football, for trust and constant development. Our engagement in Austria has been promoting local football since 2014 and we are proud of that. We look forward to the coming seasons and with the league reform on a new chapter in the Tipico Bundesliga.

We’ve yet to see any official word from anyone representing the Austrian league but the commitment shown by Tipico will clearly be welcome on their side of the contract.

Austria is a proud footballing nation and the Bundesliga has traditionally been one of the more competitive leagues but like other top flight divisions around Europe, one side is tending to dominate. Red Bull Salzburg are the reigning champions and, when the extension of this sponsorship was announced, the team were eight points clear at the top of the division and seemingly heading for their ninth title since 2006/07.

The issue for Salzburg, and for other teams at the top of the Bundesliga is progression in Europe. The best supported team in the league is Rapid Vienna but in a small country, their average attendance sits at around 19,000 but that’s nearly twice the support of Red Bull Salzburg who attract less than 10,000.

But despite achieving so many domestic titles, Red Bull consistently fail to get past the Champions League Qualifying rounds before going on to equally underwhelming performances in the Europa League. If they are to make their mark in wider European competition, funding for them and for other Austrian sides is vital and that’s where deals such as this one with Tipico step in.

Assuming Red Bull do win the league, the club will be looking for further investment in their squad during the close season so this extension will have been negotiated to help with that aim for all Austrian clubs. As for the sponsor, Tipico may be reaching out to a smaller fanbase but they are effectively getting near exclusivity via the terms of the deal that makes them the title sponsor right across the league.

That puts the brand in front of tens of thousands of supporters each weekend and while Austrian football doesn’t receive too much TV coverage outside of its own country, live games will be beamed into the nation’s homes thereby increasing the brand exposure.

Tipico are therefore getting some serious coverage in Austria and they look like being a preferred brand for many of the country’s football fans for the next two seasons at the very least.