The German Bundesliga has been the busiest league in terms of new commercial partnerships this summer and breaking news sees another side land a lucrative deal. This time, it’s the turn of Eintracht Frankfurt who are on board with German-focused bookie Tipwin who arrive as the club’s new betting partner.

This is a three year deal and it’s one that should advance the aims of both parties across that period.

The contract sees Tipwin sign up as a Premium Partner with Eintracht Frankfurt until June 2021 and naturally it will open up all the usual channels for them to advance their brand. The most obvious exposure will come via extensive advertising around the club’s Commerzbank Arena while further opportunities will arrive via the usual digital channels including Eintracht’s official website.

The club finished eighth in the Bundesliga last season and will want to push on and challenge the higher European places so naturally they have welcomed the additional financial input that Tipwin are introducing.

Axel Hellmann, a member of the executive board at Eintracht Frankfurt said:

With Tipwin we are getting a powerful premium partner who wants to grow strongly overall in Germany but above all in the Rhine-Main region.

We are pleased to be able to make a positive contribution to the further development of Tipwin with our emotionality and brand strength. 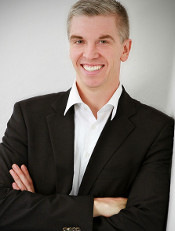 Speaking on behalf of the operator, Tipwin’s Head of Legal Damir Bohm added:

Our goal is to establish sports betting on the market and set standards that are pointing the way for all others on the market.

In recent days we have seen sponsorships and other commercial partnerships involving Hannover, Bayer Leverkusen and others. It’s a busy time for German clubs of this stature as they look to provide more competition to the likes of Bayern Munich and Borussia Dortmund at the top of the Bundesliga table.

For Eintracht Frankfurt, an eighth placed finish at the end of the 2017/18 campaign kept them out of the European places but an unexpected win in the DFB Pokal sees the club playing in the Europa League group stage from next season.

Winning the main German domestic cup was enough to keep Eintracht supporters happy but they will want their side to keep improving and to qualify for European competition on a more regular basis.

Eintracht Frankfurt were forced to appoint a new manager in May 2018 after former boss Niko Kovac left to take charge of Bayern Munich. The club’s owners opted to take on Adi Hutter, who moves from Austrian football where he has spent much of his managerial career with Red Bull Salzburg.

Hutter inherits Kovac’s squad which is perhaps more multinational than other sides in Germany and there is plenty of potential to kick on and improve on last season’s eighth position. Included in the ranks is the experienced Dutch international Jonathan De Guzman while Sebastien Haller is the striker most likely to produce the goals required for a productive campaign.

It’s certainly an experienced squad but there could be some reinforcements this summer and manager Hutter will be looking to harness some of the funds generated by this Tipwin deal.

It’s a contract set to benefit both sides equally and we shall soon see if Eintracht Frankfurt can continue to build and become more of a force in the Bundesliga at the start of 2018/19.