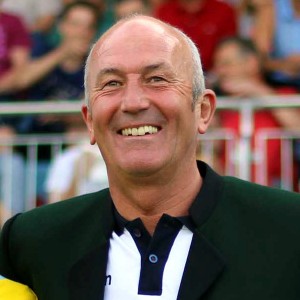 They may not be the most glamorous side in the Premier League and they are unlikely to win a host of trophies but West Bromwich Albion have become a regular feature among England’s elite clubs. They are tough to beat under manager Tony Pulis and they deserve strong sponsorship behind this popular club.

Asian bookmaker TLCBET were founded in 2010 and signed up with West Brom to become the club’s shirt sponsor at the start of the 2015-16 season. Initially set up as a one year deal, it has since been extended and it’s a record arrangement for the West Midlands side.

West Brom – or the Baggies as they are known to their fans – had previously enjoyed a fruitful partnership with Bodog and were no strangers to the world of betting. The club had also been linked with TLCBET in the past as the firm were their official betting partner for the whole of the 2013-14 season – providing offers and prizes for fans and members.

The current sponsorship with TLCBET is worth a cool £1.5m a year and that’s vital in terms of improving infrastructure and building the strength of the first team squad. The priority for a team of West Bromwich Albion’s size is to survive and to stay in that Premier Division and the more money they can pull in from relationships of this kind, the better chance they have of avoiding relegation.

The 2015-16 season saw West Bromwich Albion finish in 14th place. An unremarkable end and one that their supporters would have been expecting, but the difference in revenue between the first and second tiers is worth millions to any club and finding the best and biggest sponsor deals is vital.

With the shirt payments from TLCBET coming in at around £1.5m a year, that is a better offer than many in the league. At Watford for example, 138.com were paying an estimated £1m a year while Southampton, a club challenging for European football at the top end of the table, are reported to get the same amount from Veho.

At a very direct level, the funds help manager Pulis to secure the best quality players to ensure the best finish possible.

Football is hugely popular in Asia and for any football club looking to expand, it helps to make inroads in this region. That’s why the proposition of working with an Asian brand is so appealing and it’s a factor that was important for West Brom as they chose their shirt partner.

Our quest to secure the right partner to align with the club’s aspirations for global brand recognition was very important;

A deal such as this will boost the club’s overall following in this important part of the world while sales of replica shirts and merchandising will also help to add much needed funds. In time, a club such as West Bromwich Albion hope that the revenue generated will mean that they are no longer struggling at the wrong end of the table.

Like all deals of this kind, it also helps the club develop academy players and hopefully strengthen at a grass roots level. Another reason why we may see West Brom transform from being a lower-mid table club to one that can challenge for European football in the top six.

Previous shirt sponsor Quickbooks pulled out after just one year and having previously dealt with TLCBET as a betting partner, everyone at the club will hope that they are now on board for the long term.