UK Championship Snooker: Selby and O’Sullivan Locked at the Top

Please keep in mind that all odds mentioned are accurate at the time published on 10/11/2017 2:50 pm and are likely to change. 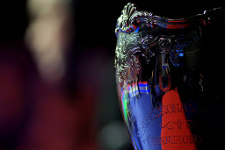 In snooker, the calendar year traditionally draws to a close with one of the most prestigious events on the circuit. Launched back in 1977, the UK Snooker Championship was originally restricted to players from Great Britain but in the modern day it’s open to players from all over the world.

As a result, the best snooker talent from around the globe will descend on York for the 2017 renewal. Sponsored by Betway, this year’s tournament will take place form the 28th of November to the 10th of December and we have a busy betting market in the lead up to the event.

The bookies can’t currently separate the world number one and the man who is considered as the best natural talent in the game. Mark Selby is therefore on offer at best odds of 9/2 with SportingBet while Ronnie O’Sullivan is on offer at the same top price of 9/2 with Betway and Sun Bets.

Both men are in form and, at the time of writing, have won the last two ranking tournaments. Ronnie took the English Open in October and that was followed by victory for Selby in the International Championship.

While it’s true that O’Sullivan crashed out in that most recent tournament, the 41 year old had been struggling around the table with a sprained ankle and looked in need of some rest and recovery before returning to the circuit. Those are the market leaders but who can mount a serious challenge?

Judd Trump is the third favourite in the outright market at best odds of 6/1 with bet365 and Paddy Power while Ding Junhui follows at a top price of 9/1 with SkyBet. Both men have enjoyed productive years, with Trump taking the Players Championship alongside his second European Masters title.

Ding has won just once in 2017 but it was a big one; success came for the 30 year old with the World Open title earlier this year.

Other mid-range prices in this section include John Higgins at a best of 12/1 with SkyBet and Neil Robertson at a top price of 18/1 with SportingBet. Both are former World Champions and while not at their best right now, can always pose a threat at any tournament.

Higgins also tasted success this year, albeit in a relatively minor Indian Open tournament while Robertson has drawn a rare blank since winning the Riga Masters in 2016. 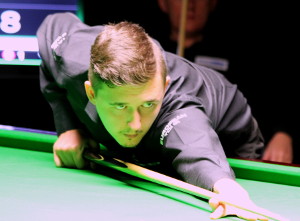 Two of the finals that we’ve already mentioned – the World Open and the English Open – featured Kyren Wilson who made it all the way to the last pairing without quite getting over the line. Wilson is a 40/1 shot for the UK Championship with 10Bet and has a ranking title win behind him with the Shanghai Masters in 2015 so he could be an option.

Our most recent beaten finalist was Mark Allen who finished as runner up to Selby in the International Championship and the Northern Irishman can also be picked up at best odds of 40/1 with Ladbrokes and SkyBet. Allen is inconsistent but dangerous in any tournament and has the chance to convert at that price.

Other players to possibly consider as an outside bet include Luca Brecel who has enjoyed a breakthrough year and can be picked up at a best of 66/1, the dangerous Liang Wenbo at a top price of 80/1 with Coral and Ladbrokes plus Scotsman Anthony McGill who is also threatening in the bigger tournaments and can be claimed at a best of 100/1 with Coral and Ladbrokes again.

We know who’s in form but who has the quality to get over the line in a tournament as big as the UK Championship? In 2016, Mark Selby beat Ronnie O’Sullivan by ten frames to seven in the final to seal his second victory.

Ronnie may have lost out last year but he has won the UK title on no fewer than five previous occasions, one short of the record held by Steve Davis. John Higgins has a good record here too with three wins while, from the names that we’ve already considered, Judd Trump and Neil Robertson are previous winners and Mark Allen a beaten finalist. 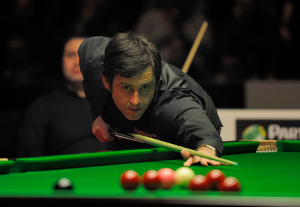 The top two of Selby and O’Sullivan are here by right and over a long tournament such as this, the best player can come through. Pundits say that with O’Sullivan, it’s all about his frame of mind and if he doesn’t feel ‘up’ for a tournament then he simply isn’t going to win it.

The Englishman did return that limp display last time out but injury certainly played a part and if The Rocket is at his best, he will be hard to stop.

However, the price that really stands out for us is that 9/1 with Stan James next to the name of Ding Junhui. The Chinese player is also a two-time winner of this event and although the last of those wins came in 2009, it shows he has the temperament to get over the line in a long tournament. The quality is there too and that 9/1 is such a good price.

As the tournament draws closer we may see a ‘To Reach the Final’ market while there will be lots of options for the matches themselves. Match results will be widely available as well as a clutch of side markets including frame scores and possibly some other long term punts such as the 147 bet where you can speculate on whether any player will record a maximum 147 break in the competition.

All that is to follow as we get ready for two weeks of World Class Snooker in York, starting later this month. The bookies have their favourites and they may be right but hopefully there will some value in our call for this prestigious competition.