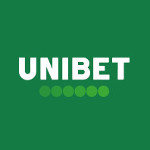 Having recently begun their US journey with launches in New Jersey and Pennsylvania, Unibet have pulled off a major coup by signing up with the National Basketball Association (NBA) as their official betting partner.

The arrangement will also allow Unibet to access official data from the NBA which will prove important as they look to build up their basketball platform in the USA and beyond.

We are very proud to team with the NBA,

This will add further customer value to an already first-class betting experience thanks to official NBA betting data and league marks across our mobile and retail platforms.

Kindred shares the NBA’s view on a legal and sustainable sports betting market, which makes this partnership a perfect match.

As has been the case with other sponsorship deals of American leagues and clubs, we’ve yet to see any comment from the NBA but this will be an important move for the Association. Gradually, the main competitions in the United States are starting to benefit from the input of betting companies and this will be a huge financial boost. Therefore, we are certain that they are delighted even though they haven’t publicly come out and said so.

It’s been a pivotal few months for Unibet who have been among the pioneers looking to take advantage of the changing gambling landscape in the United States. Back in September, their move into the US was confirmed as they launched their official online website in partnership with the Hard Rock Hotel Casino in Atlantic City.

Earlier in November, progress continued as the sportsbook and casino operator moved into Pennsylvania on the back of a multi-year agreement with Pala Interactive.

It’s been a positive year and, based on those moves into this new territory, the decision to partner in with the NBA seems a logical step.

Anyone who has ever spent any time on the Unibet website will know that the sportsbook is a great source of statistics. If you’re looking for an informed bet, it’s a good idea to head to this section of the site as it provides a comprehensive form guide for most of the big events provided by the platform.

Access to official data from the NBA can only help to enhance this service and that is great news for the betting community. Basketball has always enjoyed a loyal following and with plenty of point scoring during any NBA game, there is a host of betting markets available.

By harnessing official stats from the National Basketball Association, anyone willing to do their research should be able to have an edge over the odds and this may well make Unibet a preferred destination for many.

Along with the likes of William Hill, Unibet have been extremely proactive in exploring all the possibilities that the United States has to offer. Their initial moves into two states will benefit those directly located in New Jersey and Pennsylvania but this new deal with the NBA can have a greater effect for customers right across the world.