Supporters of Belgian football team Club Brugge will already be aware that the casino and sportsbook operator Unibet are commercial backers of their team. Up until now, that involvement has been relatively minor with the company just sponsoring the sleeves of this historic outfit.

A recent announcement now confirms that the deal has been upgraded in two ways. Not only have Unibet been installed as Club Brugge’s official shirt sponsor for 2019/20, they will also act as the ‘fair play’ betting partner of the team.

While we are not aware of the financial details behind this arrangement, it’s been described as a new record for Club Brugge.

For several years there was a lot of interest from the sports betting sector to work with Club Brugge,

The choice for Unibet was therefore one that we made consciously.

Unibet, as part of the Kindred Group, is one of the largest players in the market, is fully licensed through the gaming commission, is a forerunner in the field of responsible gaming and has a clear link with sport.

On behalf of the operator, Timothy Mastelinck, global head of sponsorships at the Kindred Group, added:

Just like Club Brugge, we are the market leader in our sector, we share the same values and we are driven by a passion for sportsmanship.

Fair play is not only one of the most important pillars of modern football; it’s also a key factor for Unibet. After all, we want to offer our customers a safe, secure and joyful gambling experience and ensure they are aware of their gambling behaviour so they can play responsibly.

Thanks to our collaboration with Club Brugge, we can better highlight this message. 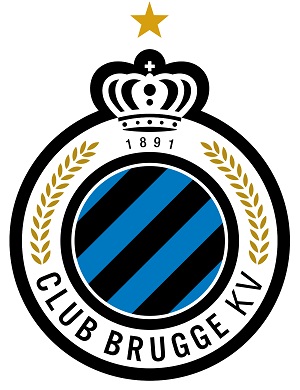 There seems to be a new drive to promote responsible gambling and we have seen that in other parts of the world. SkyBet’s sponsorship of the English Football League involves a message on players’ shirts and this deal between Unibet and Club Brugge may well follow the same pattern.

The arrangement will, of course, look to promote Unibet in Belgium and in mainland Europe as a whole. Brugge are a club in the ascendancy and one that has just qualified for the preliminary rounds of the Champions League for 2019/20.

It’s clearly a good time for any operator to get on board and, with Unibet already enjoying an agreement with Club Brugge, they were in pole position.

Facing the prospect of a season back in the Champions League, it’s going to be an important summer for Club Brugge and their Head Coach Philippe Clement. The squad has done well enough to take their employers into the qualifying rounds but the real incentives arrive when a team gets into the UCL proper.

Brugge have a competent unit but will Clement need to add to and strengthen his roster ahead of the 2019/20 campaign? That’s down to the coach and the board to decide but if any new faces are needed, the funds generated by this Unibet deal can only help Club Brugge moving forward.