There are few iGaming companies with a sponsorship portfolio as diverse as Unibet. The sportsbook and casino is active in the lucrative world of football but in the last twelve months they have also put their weight behind cycling and chess.

ESports is another key area for Unibet and the latest development adds to their portfolio in the virtual world. It’s been confirmed that the company has signed a new deal with CS:GO specialist organisation Astralis.

The agreement between Unibet and Astralis is for an initial two years and it will see the operator installed as the official betting partner to the team. The mission, according to a press release from the Kindred Group who own Unibet, is to spread the word around the internet and raise the profile of Astralis over the course of the contract.

In return, Unibet should be looking forward to some significant exposure as they look to become one of the preferred bookmakers among eSports punters. Astralis are one of the most successful teams in CS:GO tournaments and the operator’s branding will be clearly visible in arenas and on team clothing. It’s therefore a well-balanced deal and it’s one that has pleased both parties involved. 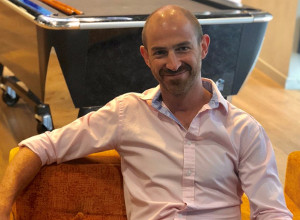 ESports has grown into a billion dollar business with a fanbase across all corners of the world. Astralis is the star of the CS:GO world and we are very excited to join forces with the world’s number one team.

Astralis are known for their strategic play and superb teamwork, which are key characteristics shared with Kindred. By partnering with Astralis we hope to bring more excitement for both players and fans through dedicated content, but also help introduce eSports to a wider audience.

In response, Co-Founder of RFRSH Entertainment, the parent company to Astralis, added:

We are extremely proud to welcome Unibet as the title sponsor of Astralis in a deal that will secure Astralis’ stability and growth for years.

By entering a long term deal that will be clearly visible across all Unibet markets, we cement both Unibet and Astralis as major stakeholders in the global eSports environment for the years to come.

While an exact figure wasn’t confirmed in relation to this arrangement, it’s been suggested that the deal is worth several million dollars and that’s a clear indication that eSports is big business in the current environment. Unibet are Astralis’ fifth sponsor so there is no shortage of backers in this sector but it remains a deal that has good balance on each side.

Unibet are also building a strong portfolio and expanding within a key growth area within the eSports betting framework and they, along with the likes of Betway, deserve to be looked upon as one of the ‘go to’ bookies for staking on virtual tournaments across the world.

With both parties developing strongly, it’s clearly going to be an exciting period for Unibet and Astralis and it will be fascinating to see this partnership develop over the next two years.