They have been very busy in England with new sponsorship deals covering a number of sports but as a proud Scandinavian company, all those involved with Unibet will be delighted with the latest news.

It’s been confirmed that the sportsbook and casino operator will become the title sponsor for the Allsvenskan and Superettan Leagues from the start of January 2020. These are the top two tiers in Swedish football so this is a very big coup and one that will help to cement Unibet’s place among the gambling fraternity in Sweden and beyond.

Not only is this a big partnership, it’s a huge deal in terms of the length of contract and the finances involved. Unibet have signed up with the leagues for an initial six years and there is an option to double that by extending and confirming for twelve years in total.

The full, twelve year contract would then be worth 1.8 billion SEK and that would represent the biggest commercial deal in Swedish sporting history. With a contract of that magnitude on the table, it’s no wonder that both parties are excited about what lies ahead. 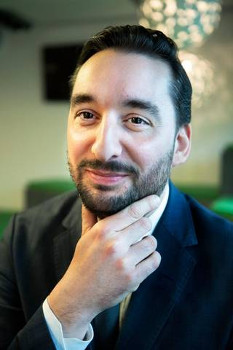 We are very proud to have made this historic agreement with Svensk Elitfotboll. The agreement includes a significant long-term commitment to Swedish sports, an opportunity we have been fighting for during the last 20 years.

Following up those comments, a corporate release from Kindred adds:

The sponsorship agreement will run for six years with an option for an additional six years at a total value of up to SEK 1.8 billion – making it one of the biggest investments in Swedish sports ever.

Dersim Sylwan of Kindred also went on to state that the new gaming license in the country would help professional athletes in Sweden to finally get market value for their efforts. That license can open the doors for deals such as this one and while not all will carry such a big price tag, this could clearly be a landmark contract which opens the doors for similar sponsorship across the country.

As they move in to take on the contract from January 2020, Unibet replaces the existing agreement with Svenska Spel – a state owned gambling operator within Sweden and the new deal simply dwarfs anything that was previously in place.

The announcement provides a breakdown of the 150 million SEK annual funding that will be provided with the majority of the money being split between the clubs in the top two leagues. The remainder will trickle down to developing talent and there is an aim to tackle issues such as match fixing while also looking to equip Swedish clubs so that they can be more competitive in wider European competitions.

This is, perhaps, the most significant deal in the history of Swedish football and it will be interesting to watch the game develop over the next six to twelve years in order to see if both sides can achieve their shared aims.