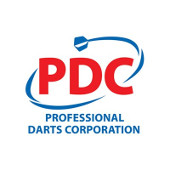 Of all the bookmakers getting involved with sports sponsorship, Unibet are one of the busiest right now. Having signed up as shirt sponsors with Aston Villa for the new English football season, the sportsbook also got involved as an official betting partner with a number of county cricket sides.

Darts has also been a focus for Unibet for some years now and they have one eye on 2018 already with a deal that will see them back the PDC Premier League when it returns next year.

This is a contract that will see Unibet signed up as main PDC Premier League sponsors from 2018 right through to 2020. In an era when social media is being harnessed more and more in terms of this type of announcement, Unibet made an amusing video featuring darts stars Peter Wright and Michael Van Gerwen who invaded promoter Barry Hearn’s office.

But behind the laughs is the serious message that darts is big business for the betting companies so clearly Unibet, having already sponsored some top tournaments around the world, are delighted to be involved with a long term competition like the Premier League.

Darts has been one of the fastest growing sports in our sponsorship portfolio in the UK and we are extremely excited about extending our partnership with the PDC to become the new sponsor of the Premier League.

said Ebba Ljungerud, CEO of the Kindred Group who are Unibet’s holding company.

Darts is an action-packed betting sport and we will continue to bring our best-in-class activation and offer to all the fans. 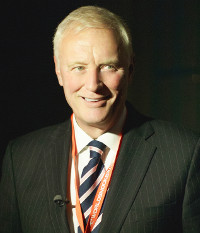 Promoter of the Premier League Barry Hearn is never short of a word or two and he responded positively to the announcement.

We’re delighted that Unibet have furthered their association with us in their sponsorship of the Premier League for the next three years.

The Premier League’s growth since 2005 has been a phenomenon in British sport and it’s another boost that Unibet were so keen to add this prestigious event to their growing darts sponsorship portfolio.

It’s been hinted that next year’s PDC Premier League will be the biggest yet and there are plans to bring the action to a wider audience. Up until now, Thursday night action has travelled up and down venues in the UK but for 2018, a special league night in Berlin is perhaps a sign of things to come.

The Premier League was an important introduction to darts back in 2005 and its format helped the sport to become more of a year-round phenomenon. Taking the best arrow-throwers from around the world over the course of the previous twelve months, the league process, held over 15 weeks, gives way to the play offs and eventually the final.

By selecting only the best players, the standard of darts is always high and that’s one of many reasons why the Premier League is so popular with fans.

The expansion into Europe seems like a logical one too and it’s perhaps surprising that we aren’t seeing countries such as Belgium and the Netherlands getting involved. Dutchman Mighty Michael Van Gerwen is the reigning champion and the supporters in Holland are mad about the game.

Perhaps that will happen in the future and if the competition is to expand, sponsorship deals such as this one from Unibet will be vital for that cause. It therefore looks to be a contract that benefits both parties with the operator getting great exposure from onsite and TV advertising while the PDC Premier League gets the funding it needs to keep growing.