It’s been a very busy summer for sportsbook and casino operator Unibet who have been securing a number of partnership deals with Championship football clubs in England. A number of these arrangements have been on the back of a contract which see stable-mate 32Red installed as the main sponsor but at Preston North End, Unibet are very much on their own.

The company has just been announced as the official betting partner for Preston in a two year deal which will also see their logo appear on the club’s training shirts from the start of the 2018/19 season onwards.

The contract, which comes with the option for a further year’s extension, will start with Unibet providing betting options inside Preston North End’s Deepdale Stadium and there will be additional benefits available for fans of the club. Unibet refer to these as Bettor Experiences and we’ve seen these in action before, most notably during their sponsorship of Aston Villa where fans had the opportunity to win shirts and other prizes.

Preston will therefore find that Unibet are a very proactive sponsor and they have enthusiastically welcomed their new partner on board.

A spokesman for the Championship club said:

this is another fantastic deal for the club and we look forward to working alongside one of the largest companies in their field.

The team’s success on the pitch is coinciding with a commercial growth off it and we are delighted that another big company is committing to a long-term deal with us at Deepdale.

The club and its fans were founding members of the Football League and this season can look forward to ‘bettor’ experiences courtesy of Unibet. We look forward to supporting this historic club in its promotion push. 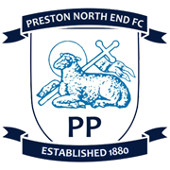 As Unibet indicated in those comments, Preston’s big aim is to get back into the top flight of English football after a long absence. They may have been founder members of the football league way back in the 19th century but the club has yet to make its bow in the Premier League, unlike many of the other Championship clubs that Unibet, and the wider Kindred Group are backing.

The Lilywhites’ manager Alex Neil has a talented squad at his disposal but there has already been an influx of new players who are committed to signing up at the club from July 1st 2018.

It’s likely that the books will be balanced to an extent by some players leaving Deepdale but the additional transfer funds for the remainder of the summer will be aided by this Unibet contract.

In return for their outlay, the operator will be one of the most familiar sponsorship brands in the Championship and that brings all the usual benefits from perimeter advertising and exposure via live TV scheduling.

Fans of Preston North End will also benefit from the Bettor Experiences programme so this is good news all round as the club looks to advance and break out of England’s second tier.