Founder members of the Premier League Aston Villa made a welcome return to English football’s top flight at the end of the 2018/19 campaign. After a gruelling season that saw a change of manager, current boss Dean Smith steered his team back to the EPL via the Championship playoffs and there is a sudden air of positivity around Villa Park right now.

It’s clearly going to be an important summer in terms of player acquisitions and that’s why a new commercial partnership involving W88.com appears to be a timely one.

W88 were previously involved with Premier League new boys Wolves at the start of last season so they’re happy to get behind the sleeping giants of the game. The new announcement sees the sportsbook operator installed as the main shirt sponsor for the upcoming 2019/20 campaign.

W88 step in to take the place of 32Red who were sponsoring Villa in their promotion run and the new operator’s logo will be plainly seen on all home and away shirts in the coming few months. With W88 looking for greater exposure in the UK and Aston Villa hoping for a positive return to the top flight, this is an arrangement that has been welcomed on all sides. 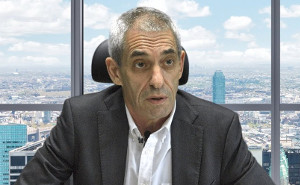 We are both thrilled and excited to be working with Aston Villa, who, for more than 140 years, have been one of England’s top football clubs.

We look forward to engaging with the fans, players and club management in the coming months. W88 is a renowned online gaming brand with a significant member base. The brand represents trust and integrity, with sports namely soccer at its core.

The Club is delighted to welcome W88 as a new Principal Partner of the Club, their logo will sit proudly on our kit for the 2019/20 Premier League season.

This is a record-breaking commercial Partnership for the Club, our promotion to the Premier League offers our Club Partners a global platform to reach our worldwide fan base.

W88 have a strong representation in Europe but the contract with Aston Villa is a further step to strengthening its UK portfolio. Having been behind Wolves from the start of 2018/19, the operator has now moved across the midlands to tie in with one of the oldest teams in English football.

With crowds expected to be boosted by Aston Villa’s return to the Premier League, the W88 logo will be clearly visible to tens of thousands of fans packed into the Villa Park stadium for first XI home games. Of course, all English Premier matches now carry televised highlights along with a good selection of live games. Millions more will therefore be offered the chance to see the W88 logo beamed into their living rooms.

With both parties seeking separate aims, this is a contract that will see those goals come together as Aston Villa return to the top flight where, naturally, their supporters feel they belong.