It’s common for a bookmaker to get involved with sports sponsorship but Betway’s deal with West Ham, which was announced in February 2015, was very important in terms of the club’s progression.

Previous shirt sponsors Alpari had gone into liquidation letting the bookie to step in and take over with a new contract which will run until the end of the 2018-19 season. The Hammers have since been transformed from relegation candidates into a squad that is knocking on the door of Champions League football. 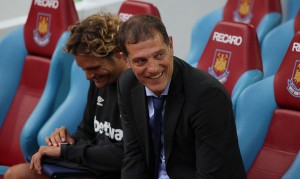 Naturally, Betway can’t claim all the credit for West Ham’s revival and at the end of that 2014-15 campaign, the club moved to appoint their former player – the ambitious Slaven Bilic – as manager. The Croatian took over from Sam Allardyce who had only managed to achieve a mid table position and with the club heading to a new stadium for 2016-17, the owners demanded more.

Bilic took over and some shrewd signings have helped the club challenge for a European place and the manager must take a lot of credit for the turnaround. However, it always helps to be backed but what has been described as the biggest sponsorship deal in the history of the Premier League.

February 2015 saw the announcement of the contract which was worth a cool £20 million over three years and had therefore dwarfed the £3 million per year that the Hammers were receiving from Alpari. Vice Chair Karren Brady said that the deal ‘reflects our status as one of the fastest growing brands in world football.’

It certainly helped transform the club from being an outside bet for relegation to one that could threaten to top four while Betway are on board. The extra money has helped big money deals for players such as Dimitri Payet and there is greater quality since the bookmaker became involved.

But there is more to the deal than funding potential transfers.

All to Play For

West Ham are bidding an emotional farewell to their Upton Park ground after 112 years and will be moving into the Olympic Stadium ahead of the 2016-17 premier league season. Their first game at the new ground will be against Italian giants Juventus in a competition known as the Betway Cup.

The cup itself was first contested in 2015 and it brings world class opponents to West Ham, thereby proving to be a test for the players and a treat for the fans. If the Hammers are to achieve their ambition to compete in the Europa league or even the Champions League then they must face the challenge of a strong European side and the Betway Cup helps to make this possible.

Fans can also win tickets for matches by a number of methods and one of the main National UK Newspapers had a competition where seats were up for grabs.

The grassroots game is also important to a sponsor such as Betway and they helped support amateur side West Ham United IFC – a team made up of Hammers fans – by sending stars such as Mark Noble and James Tomkins along to lend some vocal support.

There is more to club sponsorship than throwing money at a team and seeing your name across their shirts for a number of years. For Betway, that £20m outlay puts them in front of tens of thousands of West Ham United fans for every game throughout the season while millions more will be watching any live televised output involving the East London side.

That is huge exposure but this is one deal where the company involved is offering more than just funding. Money has gone into an improving squad while fans are also kept happy with the competitions to win free tickets and the chance to see some of the best club sides from across Europe.

When currency broker Alpari pulled out of their deal in February 2015, it could have been an opportunity for someone to take advantage of the situation with a low offer. Instead, Betway came along to secure the highest sponsorship arrangement in the history of West Ham United and the club has been feeling the benefit ever since.