Mr Green have only recently launched their sportsbook but this progressive operator has moved quickly to tie up its first sports sponsorship deal. It was announced in December 2016 that Mr Green had been confirmed as the Official Betting Partner for English Championship side Wigan Athletic FC in a deal that would stretch to the end of the 2017/18 season. 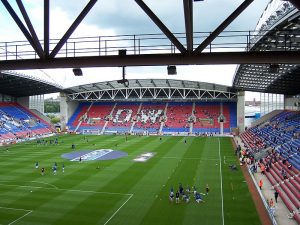 No figures are quoted but Wigan themselves confirmed in December that the deal would take place with immediate effect and run for a full 18 months into May 2018. The arrangement sees Mr Green, who only opened their sportsbook in June 2016, installed as a full betting partner with in stadia rights, meaning that any bet placed during the game would be staked via their operation.

While the Championship clearly doesn’t enjoy a profile as high as the English Premier League, Mr Green will still enjoy extensive television exposure thanks to Sky TV and the other Satellite Channels in the UK. Not only that, Wigan’s average attendance is a healthy one in the DW Stadium while a betting partnership such as this one will also see the operator logo placed in front of a digital global audience of millions via the club’s official website.

Unlike a number of deals that we’ve seen, where one party seems to be getting more out of the arrangement, this is quite a well balanced partnership. Mr Green are an established casino but an up and coming bookie looking to get their brand out there. As for Wigan, they have enjoyed greatness but are currently in the second tier of football and looking to bounce back.

It’s certainly an arrangement that pleases both sides of the table.

Mr Green are a firm continually looking to develop in the gaming field, especially in sport, so we hope the partnership with Latics can enhance their profile further.

Hopefully it will allow both sides to prosper and it will be interesting to see if the contract is extended beyond its existing 18 month run. 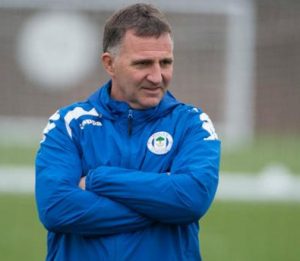 Wigan are best known for an unlikely FA Cup triumph in 2013 when they overcame the mighty Manchester City to win the trophy by a goal to nil. Unfortunately, they were relegated in the same year and since then, a further demotion to League One followed.

Happily, the club were promoted back into the Championship at the end of last season, although they are very much in a relegation fight once again during 2016/17. The aim for this campaign must therefore be to stay in this league and that’s where deals such as this one with Mr Green are vital for survival.

Manager Warren Joyce must already be looking forward to January and the transfer window where increased funding will help him secure the players that he needs for the club to stay where they are.

The long term aim would be to get Wigan back in the Premier League and all of the club’s partners would undoubtedly share that view. Mr Green will share similar ambitions and it will be fascinating to see where this sponsorship deal will take both parties over the next 18 months and possibly beyond.