While the US sports betting landscape has been changing since the Supreme Court overturned PASPA in May of last year, few sportsbooks have fully taken advantage. One of the exceptions to the rule is William Hill – one of the oldest betting brands in existence.

Hills have been busy opening up sportsbook floors in casino halls across the United States while they have also taken up some low-profile sponsorship deals. Those arrangements have, however, been dwarfed this week with news of the biggest partnership to date.

William Hill to back NHL

It’s been confirmed that William Hill has entered into a ‘strategic partnership’ with the National Hockey League – NHL. Exact terms have not been released but it’s expected that the operator will become an official betting partner of the North American division.

We don’t, therefore, know the exact details regarding the length of the deal or the finances involved but clearly this is a big commitment for Hills who have been the most active in terms of US sports betting in the post-PASPA era.

In welcoming the announcement, NHL Commissioner Garry Bettman intimated that the deal reflected the division’s ‘innovative yet practical approach’ to the expanding United States betting market.

We continue to work directly with stakeholders to cultivate relationships across the sports betting landscape.

Partnering with William Hill US, a leader in both the sportsbook and mobile betting marketplace provides a tremendous opportunity to further fan engagement. 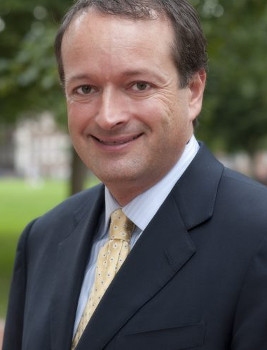 Speaking on behalf of the sponsor, William Hill’s US CEO Joe Asher added:

Commissioner Bettman and his team at the NHL have been at the forefront of understanding the opportunities to engage fans through sports betting.

Combined with our existing partnerships with the Vegas Golden Knights and New Jersey Devils, we are extremely excited to continue to build our relationship with the NHL.

If American hockey fans are going to embrace a sportsbook in this new era then William Hill would appear to be in pole position. It’s been reported that the operator will enjoy promotional media in NHL markets while there will also be branding opportunities in selected events.

As this is new territory in terms of sports sponsorship, we’re not sure how much exposure Hills will receive in terms of advertising in specific arenas but it seems certain that they will have a presence at NHL games both in the US and in Canada.

As for the National Hockey League, this is another milestone as far as commercial partnerships are concerned. The organisation has also agreed a partnership with MGM resorts and along with the NBA, is starting to take full advantage of last year’s developments.

Overall, companies, leagues and sports teams have been slow to take up sponsorship opportunities but maybe that will change in the wake of this news. In the meantime, it will be fascinating to watch the William Hill-NHL partnership develop in the coming months.