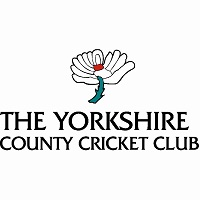 While several high profile football sponsorship deals have already been announced this summer, it’s rare to see another sport getting coverage but, Yorkshire are a big draw in the world of cricket. It’s therefore logical that they should attract a significant arrangement and that’s been confirmed with news that SkyBet are behind the club as their new betting and gaming partner.

The deal will run for an initial three years and is designed, in part, to bring greater awareness of the bookmaker’s brand to the club’s supporters.

SkyBet have been based in Yorkshire since they were first launched back in 2001 and as we’ve seen from recent deals involving Betfred and SportPesa, it’s something of a trend to support the local community even further.

Yorkshire has been our home ever since we were founded back in 2001 so we are thrilled to be backing our local team,

It is an exciting time to get involved and we are looking forward to being part of Yorkshire’s continued success on and off the pitch. 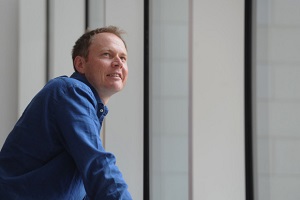 But what will the bookmaker receive in return? It’s said that the new contract will allow SkyBet to engage on a direct level with club supporters and stakeholders while building greater awareness of their brand. So, if you are a member of the club you might expect to receive more information regarding the bookie and there could be an increased presence on match days, particularly when the T20 Blast rolls into town.

The short, T20 format packs in the crowds to Yorkshire’s main Headingley Ground and offers more in terms of betting opportunities so this could be an obvious target. SkyBet will also receive match tickets and general hospitality as well as greater exposure through digital advertising.

Yorkshire are simply the most successful side in English county cricket with an incredible 33 domestic league titles since their formation. They picked up their last title in 2015 and face a battle from Essex amongst others this season but they are a well established side who any bookie would be happy to be associated with.

But, perhaps the one failing is a relative lack of trophies in limited overs cricket. Their last success in this respect came back in 2002 and Yorkshire have yet to win the domestic T20 trophy since it was introduced in 2003.

Perhaps the loss of key players to the England set up has something to do with that as the county provided no less than five men to the national squad for the 2017 ICC Champions Trophy. As David Willey, Joe Root, Liam Plunkett, Adil Rashid and Jonny Bairstow settled into that squad, Yorkshire were losing a Royal London Cup quarter final to Surrey. 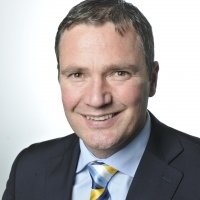 Cricket doesn’t have the same kind of transfer market that we see in football but in recent years we have seen a shift in attitude with the best players in the second division looking for better clubs. Yorkshire’s signing of David Willey from Northants is a good example of that while the county have already taken Tom Kohler-Cadmore from Worcester in 2017.

Deals such as this one with SkyBet will undoubtedly help to finance such signings and Yorkshire themselves are delighted to have the bookmaker on board.

We’re delighted to welcome Sky Betting & Gaming to our portfolio of official partners,

Sky Bet is one of the UK’s largest and most well-respected betting and gaming companies and their ability to innovate and push boundaries are important values we share.

They may face a battle to be crowned champion county for the third time in four years but irrespective of whether they take the first division title in 2017, Yorkshire are a big draw in English cricket and it’s no surprise to see one of the most familiar sportsbooks choosing to partner in with them.