Progressive sportsbook 10Bet were in the news recently when they signed Didier Drogba as a new brand ambassador. To have such a legend of the game on their side was a huge endorsement for the company but they haven’t stopped there.

In another huge development, it’s been confirmed that 10Bet has been installed as the official betting partner of Juventus. The Italian giants have been dominant in Serie A in recent seasons so this really is a major development.

The deal installs 10Bet as the Official Gaming and Betting Partner of Juventus Football Club and while exact financial details have not been confirmed, we can be certain that a significant sum of money will have changed hands.

We do know that the arrangement is for three years and during that time, fans of Juve and of Italian football in general will become well acquainted with the 10Bet name.

While Juventus already have a global reputation, both sides are delighted with the news:

A company statement from 10Bet reads:

10bet is thrilled to be partnering with such a prestigious brand as Juventus and both brands share the same values and principles.

We are passionate about presenting our audiences with the most unique and entertaining products and we’re confident this will be a mutually beneficial long-term partnership. 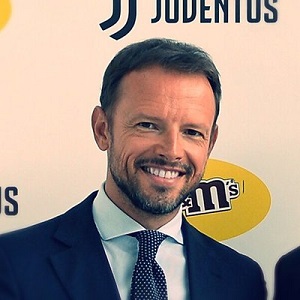 We will work exclusively outside Italy together with a partner for whom entertainment and engagement are the core activities.

The particular attention paid to the global markets and audiences, a key theme for 10bet and the Club, attests to the perfect synergy between our companies. In fact, this agreement fits ideally into the ongoing international growth project that has been in development by Juventus for years now.

It’s still early days in Serie A but after four games in the 2019/20 season, Juventus remained unbeaten. Three wins and a draw in that time saw the Old Lady sit in second place behind Inter Milan who were enjoying a perfect record of four wins from four.

While there is a long way to go in the current campaign, If Juve do lift the league title at the end of this season, it will secure a historic ninth consecutive triumph for this respected club. In their 122 year history, the club has won an astonishing 57 national titles and few would bet against them making it 58 in a few months time.

With the likes of Cristiano Ronaldo in the team, Juventus hardly need to expand their brand around the world but there is much that 10Bet can do to help promote them in the operator’s core countries. So there is a benefit to all sides but the exposure that the sportsbook will gain is almost immeasurable.

With Juventus featured heavily by the live broadcasters, both in Serie A and the Champions League, the tens of thousands that cram into their Allianz Stadium will be multiplied many times over.

Clearly this is an exciting period for 10Bet and it will be fascinating to see how this partnership develops over the coming three years.