They have been through more than one name change and have evolved to adapt to the changing world of online betting. These days, there are a household name in the industry. BetVictor are now one of the biggest and most respected bookies around and they have been with us now for 70 years.

That sort of longevity helps to build trust but how did it all come about and how has the company changed over seven decades? 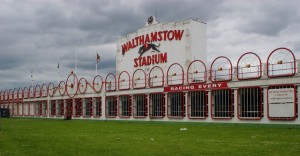 The company was founded by William Chandler who, as owner of Walthamstow Greyhound Stadium at the time, had been immersed in sport and betting for over twenty years. At that time, gambling was outlawed in most areas of the UK – betting shops were certainly illegal so there was very much a clandestine feel about the bookmakers that were open and about how they went about their business.

The stadium itself was first used in 1925 under Chandler’s guidance and the bookmaking side of the venture was officially opened in 1946 providing betting opportunities on track and beyond that were difficult to pin down in that early post-war era.

The business continued in this manner for a number of years until the industry was regulated, legalised and more open in society. From there, it all began to take off.

With the passing of laws allowing physical betting shops to appear on the High Street, William Chandler was quick to respond and the company’s first premises were established in 1963. A small chain of these shops quickly started to spread across South East England although the operation was fairly modest in comparison to other brands.

It was around that time that William handed over to his son Victor Sr and the Victor Chandler brand was born. In fact, many still refer to BetVictor by that name in the present day. Victor continued to grow the physical side of the company and was a key figure in their history until his untimely death in 1974. In due course, the business was passed down to Victor Chandler junior who was the figurehead for many years and a man who will be familiar from his roles in TV ads, many of which continued until very recently.

Victor Chandler is a colourful character and there are many amusing stories attached to his name – such as the time a painting of him by the artist Lucian Freud eventually sold for some £4.5m. But behind the undoubted charm, there was a serious businessman at work and it’s clear that his involvement was the catalyst for the biggest growth period in BetVictor’s long history.

Betting shops expanded but in those pre-digital times, the Victor Chandler operation embraced whatever new technology was around – even though the advent of telephone betting is generally seen as primitive by modern standards.

In 1998 however, Chandler oversaw a shrewd but highly controversial move when the entire operation was moved offshore in order to avoid the high Gambling Tax levels of the time. Consequently, the established bookmaker was now based in Gibraltar and many believe that this action led directly to Chancellor Gordon Brown abolishing gambling tax altogether in the budget of 2001.

Unlike some of the established UK bookmakers that have been around for similar lengths of time, Victor Chandler were among the first to embrace the digital world and to establish their online presence. When the Internet first started to come into the public consciousness in the second half of the 1990’s, there were mixed feelings about its potential to transform betting and to change the world of commerce as a whole.

At the time, betting shops continued to dominate and betting on course at horse racing and greyhound racing was hugely popular. That particular practise had also transferred to the world of football with established brands having counters at major grounds across the UK? Could the Internet possibly break that stranglehold?

Victor Chandler himself had, however, predicted that it would revolutionise the way we shop and more importantly, place a bet. An online portal was set up and now, the Victor Chandler operation could attract a wider customer base from across the globe.

But how did Victor Chandler transform into BetVictor? There was, in fact, an early but short-lived switch in 2004 and for a while, the company was known as VC Bet. It quickly changed back but in order to keep pace with modern thinking and to shed a traditional image, BetVictor was later born as its owner began to take a back seat.

The changes were completed in 2014 when Victor Chandler junior finally gave up the reigns after 40 years – handing over to businessman and racehorse owner Michael Tabor.

Like all major bookies, BetVictor are involved in sports sponsorship quite extensively and have been for some time. In the present day, they are the betting partner of Chelsea Football Club – having previously been in a similar arrangement with Queens Park Rangers – and the partnership sees them provide offers and tickets to Chelsea supporters and members.

Horse racing remains a key area for those sponsorship deals with major races at Cheltenham receiving financial backing from the organisation. Snooker and darts are also key sports for BetVictor and it’s certain that the bookie will be behind top class sporting events for many years to come.

Like all bookies who have been around for such a long period, the story of BetVictor is an interesting one. The early days of bookmaking in the first half of the 20th century are shrouded in a certain level of mystery but that is a character building process that shapes a company when the industry becomes legitimised and more open.

These days, BetVictor are a multi-million pound company who give great value for money to all their players and this rich history goes a long way to building on that value and establishing great levels of trust.