In the present day, the Grosvenor Group have joined the online revolution by providing casino and sportsbook services yet many of us still associate them with the physical, bricks and mortar establishments by which they made their name.

They have a history dating back to 1970 and while other familiar names can trace their roots back even further, the company has achieved much as they start to reach their fiftieth anniversary. In the present day, they own 55 land based casinos and have set up their online arm to take a share of the digital industry but how did this company become so well known in the gambling world?

The very first Grosvenor Casino was established in 1970 at a time when legalised betting in the UK was in its relative infancy. The ability to set up legalised betting shops was only sanctioned in 1961 and so, Grosvenor became one of the first names to capitalise on the change in attitude by the British Government.

Demand was high and growth was therefore steady with further establishments set up throughout the 1970s and 1980s. The bulk of the trade continued to be carried out in the United Kingdom but of the 55 casinos currently owned by the group, two of these are based in Belgium. 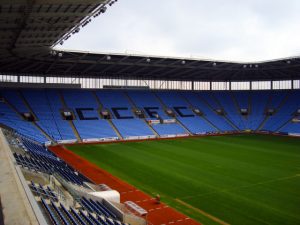 While Grosvenor continued to build and develop its own casinos from 1970 past the turn of the century, a real period of growth began in 2009 when the company acquired the casino inside the Ricoh Arena in Coventry. This was a step that saw them tie in with a huge sporting complex, gaining access to the general area and to Coventry City supporters whose home they shared.

In 2013, the biggest move in the company’s history to date saw Grosvenor complete a takeover of 19 casinos from the Gala Coral Group. This move made them the largest casino group in the United Kingdom. The two organisations had previously tried to come to an agreement over 23 casinos in 2012 but terms could not be finalised so four establishments were removed from the roster and the deal finally went through a year later.

A further boost to revenue came in 2014 when the company partnered in with Redtooth Poker who were the largest pub poker tournament group in the world. The deal saw Grosvenor Casinos host national finals for Redtooth which in turn boosted the profiles of both partners.

When the Internet came along, Grosvenor were among a clutch of companies that were relatively slow to react and it was some time before the group established an online presence to open up their customer base across the world.

The online sportsbook arm didn’t arrive until 2016 and even today, the entire online operation seems to be secondary in the thoughts of the operator as a whole. However, it’s a quality portal and what players get here is good value and trust from a company that can trace its history back over 47 years.

What can we expect from the future? It’s always hard to say but it would be no surprise to see Grosvenor expanding its list of land based casinos from the 55 they currently own and maybe the number of overseas premises – currently just two in Belgium – will also rise.

In very recent years, as the 2016 introduction of the online sportsbook has shown, the company has focussed mainly on developing its digital options so will it maintain an online focus or look again at its land based portfolio? It will certainly be fascinating to watch their continued development and to see how such a global brand will push itself even further to compete in an ever-growing industry.