The Genting Group have made good inroads into the British market and beyond but they are simply huge in their country of origin – Malaysia. Even in parts of the UK, they are better known for the casino side of the operation with a number of high class physical premises cropping up in our larger towns and cities.

So how did it all start and how did GentingBet, the growing sportsbook arm, come to be? 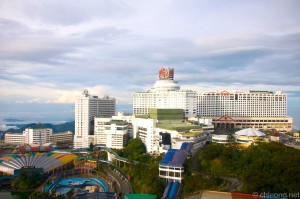 The Genting company was formed as a brainchild of the wealthy Malaysian Businessman Tan Sri Lim Goh Tong who had a vision of building a hillside casino resort in the Cameron Highlands – a noted tourist area in the North West of the country. The notion was a bold one: the intended location at Gunung Ulu Kali, some 58 km outside Kuala Lumpur, was noted for its rough terrain and tropical conditions and the idea of building a gaming resort into what was effectively a mountain would have seemed impossible to many businessmen. Tan Sri Lim Goh Tong was no ordinary entrepreneur however.

The Genting Highlands Berhad Company was set up specifically for this project and in the first instance, it successfully gained approval from the state government for the project to begin. Over 12,000 acres of land had to be cleared and the operation would take four years to complete.

Finally, on March 31st 1969, the first ever Prime Minister of Malaysia – Tunku Abdul Rahman – laid the foundation stone and declared the new resort to be open. Four years of hard work and serious investment of around $20 Million had paid off and the new centre was open for business.

The Cameron Highlands had always been popular as a tourist destination, particularly with British settlers who were a prime target audience for a new gaming resort. A gaming license was then granted and with the first hotel completed in 1971, the business was primed to grow and in those pre-internet days, it was to become one of the most glamorous gambling destinations in the world.

We’ve seen how a number of gaming companies have branched off into other areas of business in order to build their portfolio but no operation can be as diverse as Genting! In 1977, the company launched its plantation division and from there, it expanded to include power generation, biotechnology, paper and packaging, together with gas and oil exploration and production as part of its activities.

In its native Malaysia, the Genting Group are as synonymous with these different industries as they are with the gaming sector.

Land Based casinos remain very important for the Genting Group as a whole and as of June 2016, there were 47 such establishments in the UK where legislation makes it simpler for anyone to set one up. There are, however, many such premises across the world including a number in the USA where the regulations are much harder to comply with.

As you might expect, even at the online casino there is an emphasis on live play and on making this as close an experience to the real thing as you will possibly find. Live dealers are available on a wide choice of card and table games while you can also enjoy the slots on desktop, tablet or mobile.

The sportsbook section is in danger of being forgotten by those who know Genting as one of the world’s leading casino providers but it shouldn’t be overlooked with some excellent value in a list of markets which is growing all the time. The Genting Group may be synonymous with land based premises and that is still a major focus but they are concentrating more and more on online play.

The Genting Group have been listed as one of the top companies in Malaysia for many years now, For a decade from 1994 to 2004, the Genting Berhad corporation was acknowledged as being the number one company in the country by the Asian Wall Street Journal 200. It has also been recognised as the best managed company in the whole of Asia so clearly this is a name you can trust.

Genting continued to build their UK brand with their first venture into sports sponsorship that saw a tie-in with English Premier League club Aston Villa. Sports sponsorship isn’t a big deal for the organisation and that particular arrangement came to an end in 2013 but there was a similar contract with the Coventry Blaze hockey team.

Instead, Genting have concentrated heavily on their land based casinos and in the present day, there are nearly 50 in the UK alone from Edinburgh in Scotland all the way down to Margate in Kent. Casinos are still a major focus for the group but the sportsbook has received more focus in recent times and the online Genting Bet website should start to become far more familiar for online punters across the world.

But what about that original resort? In the present day, Genting Highlands can now boast five hotels together with two blocks of luxury apartments. There is a golf course as well as the gaming facilities and this whole, sprawling area is linked by ‘Genting Skyway’ which is recognised as the fastest Mono Cable Car System in the World – reaching speeds in excess of 21 KPH. It’s not only a great place for gamblers, it is Malaysia’s Premier Tourist Resort.

Genting are a phenomenal company and are worth getting involved with. As they keep getting stronger, it’s nice to sum up their ethos with these inspirational words from their founder, Tan Sri Lim Goh Tong,

Once the goals have been clearly defined, with the greatest amount of determination and hard work, one can conclusively realise one’s goals.