A History of Ladbrokes 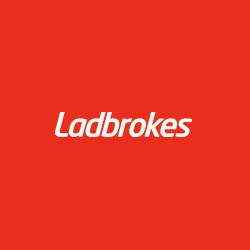 They are one of the most respected names in the gambling industry and for many, they are one of the first names to add to their list of online sign ups. For those of a certain generation, Ladbrokes have featured so heavily on the high street that getting an online account is just a logical extension but the name is so historic that the trust levels are important for all bettors.

But how did Ladbrokes become established and how have they developed over such a long period of existence?

The first time that the name was used dates way back to 1886 when a Mr Schwind and a Mr Pennington began a partnership as commissioning agents for the growing horse racing industry. At that stage, Pennington was essentially their only client and they looked after his own horses that were trained at Ladbroke Hall in Worcestershire.

The name ‘Ladbrokes’ wasn’t actually coined until 1902 when a Mr Arthur Bendir gave his expertise to the partnership. Bendir brought a wider business dynamic to the operation and used the word Ladbrokes after seeing a signpost to Ladbroke Hall itself.

Bendir changed the emphasis from training and backing horses to opening a brand new sportsbook and inviting punters to back for and against them. Although still a very clandestine pastime, gambling was growing rapidly in the UK and the fledgling Ladbrokes brand took their business into London to take clients from Gentlemen’s Clubs such as Whites and the Carlton. From their offices in the Strand, the new bookmaker was able to build a rapid client base.

The company traded and thrived for the next few decades but following the end of World War II, a drastic change in the economic climate meant that less money was freed up for betting and their fortunes began to decline. 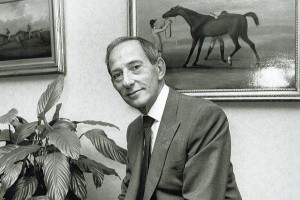 In 1956, Ladbrokes was acquired by the Stein family and things were about to change dramatically as the company entered a period where they became genuine pioneers in many areas of the industry.

Five years later, in 1961, the UK government passed a law allowing the constructions of the physical betting shops that are seen on the British high street today. Ladbrokes were among the first to take advantage of the new regulations and in the present day, there are nearly 17,000 betting shops in the UK and Ireland alone.

Two more major developments followed in the 1960’s. Ladbrokes became the first company to offer fixed odds prices on football matches and then, in 1966, they floated on the London Stock Exchange.

Another notable ‘first’ came when the company became the first to offer prices on the Conservative Leadership contest. Ladbrokes secured a £1400 profit when Sir Alec Douglas-Home took over the Tory reigns.

Of course, we know Ladbrokes to be one of the leading bookmakers but it’s surprising to learn about their other interests. Back in 1986, the company acquired Texas Homecare – a range of DIY stores across the UK that was subsequently sold on to J Sainsbury PLC.

Other ventures outside of the betting world saw them acquire the Stakis Hotels Chain and in a similar industry to their own, Ladbrokes bought out Vernons Pools. While not strictly relevant to the world of betting, it is interesting to read up on these additional ventures and it all adds to the billions in the bank that make this a solvent and trustworthy provider.

As the Millennium faded away, Ladbrokes were among the first to join the digital age and set up their website. While many customers stayed loyal to the betting shops, the company was now able to reach out beyond any physical restrictions and to build up a far more global customer base.

That website has developed over the years and Ladbrokes themselves have been quick to embrace the new technology that comes with the new digital age. Mobile betting, apps and betting in play are just three of the developments that customers can enjoy.

Following protracted talks, Ladbrokes merged with the Coral Group in 2015 and in doing so they became Britain’s biggest bookmaker. However, the two companies retain their very distinctive brands and still offer their own individual benefits.

2015 also saw a new Chief Executive appointed: Jim Mullen had headed up Ladbrokes’ digital operation since 2013 and subsequently became head of the new group which was simply known as Gala Coral.

The latest set of operating figures, declared in 2015 shows that the group employs 14,700 employees across the world. Its turnover stood at £1,199.5 million with an operating income of £83.9 million and a net income of £5.1 million.

Ladbrokes’ current slogan declares itself to be ‘The world’s leading sports betting and gaming company.’ Others would dispute that but with those kinds of figures it certainly makes a valid claim to be up there among the best. 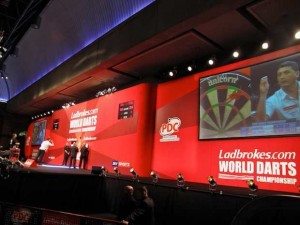 Among its current list of deals is an agreement with the SPFL – the Scottish Premier Football League – which runs until the end of the 2016-17 season. Ladbrokes have always been very active when it comes to sponsoring sporting events and until 2016 were heavily behind the Cheltenham Festival.

Darts and snooker have also been on the company radar and the World Grand Prix and the Players Championship – two of the biggest events on the World Snooker circuit are backed by this bookie. Rugby League is also covered and you can be sure that even though some of these events will change hands, Ladbrokes will remain at the forefront of sports sponsorship.

Ladbrokes are giving back to the sporting world that they have been a part of for well over 100 years. The history and tradition go a long way towards building trust and it’s fascinating to see how the company have evolved in such a lengthy period of time.

Being traditional can sometimes mean you are old fashioned but Ladbrokes have embraced the new age of online betting and will doubtless be among the first to accept new challenges and to introduce new developments in the years that lie ahead.