Sportsbook Betway have been an integral part of West Ham’s revival and the operator first became involved as an official shirt sponsor at the start of the 2015/16 season. But these are exciting times for the East London club who have just moved from their Upton Park home to the dazzling Olympic Stadium.

Hammers fans need a sponsor who shares their ambition so they will have been delighted to see Betway agree to a new record breaking deal that provides more than just a name on a shirt.

The new deal, which was announced in August 2016, sees the original contract extended but this is a considerable upgrade. Having funded £6m in that opening season, Betway will now fund £10m per annum into the West Ham coffers – more than the club has ever received – and it’s hoped that this kind of money will help the Irons as they look to battle it out among the Premier League’s top four.

The deal will see Betway’s name remain on the first team playing shirts but it’s not surprising that they are getting a little more return on that extra £4m per year. Increased signage and a named stand are among the extended list of benefits afforded to the bookmaker who are growing along with their partners. 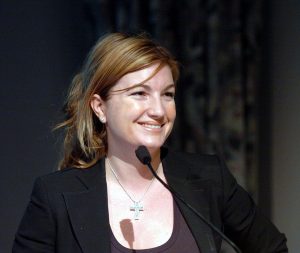 The Hammers were an outside chance for a Champions League place last season and as Vice Chairman Karren Brady states, this is a club on the up.

Our brand has grown faster than any other major Premier League club in the past two years, and an equally ambitious, forward-thinking brand like Betway wants to be associated with that success,

she stated when the revised deal was announced.

The contract puts West Ham in seventh place in the table, in terms of shirt sponsor revenue, and although they are some way short of the £47m P.A. currently claimed by Manchester United, this is a significant sum that Brady says will be reinvested into the playing squad.

Under Slaven Bilic, West Ham were transformed from a team who were flirting with relegation to one that eventually secured a place in the Europa League. At the very least, they will want to maintain their top six finish at the end of 2016/17 but as Karren Brady suggests, they now have the capacity to build their squad and take the team to the next level where they will be battling for Champions League places.

Shrewd purchases such as that of the brilliant Frenchman Dimitri Payet have been firmly behind the Hammers’ sudden change in fortunes and Bilic is a good young manager who looks to be capable of adding to the squad and pushing on. The switch to the Olympic Stadium will also bring in bigger crowds and higher revenue but the added funds provided by all the club’s sponsors are vital for the long term project and the vision of West Ham’s owners.

But Betway are more than just another company pumping money into the East London club and since starting their partnership in 2015, the bookmaker has been extensively involved in community projects around the area.

It’s good to see a bookmaker with a really positive profile and clearly this is a deal that suits both parties. Both are ambitious, forward thinking organisations who want to take their businesses to the next level and this £10m a season deal may well help them achieve that. Certainly, West Ham have started the 2016/17 season in a positive mode and with just one or two more additions to their squad, a top four finish could be a possibility.