In recent years, Unibet have always been a busy operator when it comes to sponsorship deals and they like to include both mainstream and niche events in their portfolio. Cycling is a growth area and it’s one that is just starting to build within the betting community so it’s good to see a renewed contract between Unibet and the high profile Giro D’Italia race.

The two parties initially joined up last year and are pleased to have signed up again for the 2017 edition.

The 2018 version of the Giro D’Italia started in Israel on May 4 and will wind its way into Sicily and across Italy where the final stage will be run 23 days later. This is the 101st edition of a historic race which forms part of the circuit’s Grand Tour and it attracts some of the best cyclists in the sport.

Unibet first got involved with the event as the main sponsor in 2017 and after the success of the Giro D’Italia’s centenary version, the operator has expanded its coverage to become the ‘Platinum Sponsor’. 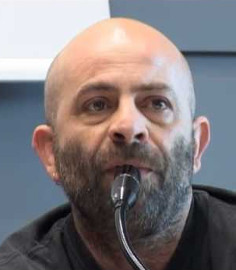 We are delighted that an international brand such as Unibet has confirmed and strengthened its presence at the Giro D’Italia.

This shows, once more, that our race has a worldwide appeal, thanks also to the record of 198 covered countries, through the major television stations in five continents.

We were really pleased with the results of our partnership with the Giro D’Italia last year and want to continue our success with raising brand awareness and giving customers an industry leading sportsbook offering across all stages of the race.

We wanted to offer more to our customers, especially given the excitement around this year’s race. We are looking forward to some good racing in the 101st Giro D’Italia.

As the event begins its second century, expansion means that it starts outside Europe for the first time in the Giro D’Italia’s history. Jerusalem is the stunning setting for the first stage and the input of commercial partners such as Unibet is important for the organisers to sustain that growth.

In return for their input, Unibet will have extended visibility at each of the 21 stages of the race right up to the final 115km stage in Rome on May 27th. Overall, it’s expected that the operator will be reaching out to some 12 million live spectators and a social media audience of an additional three million fans.

That’s a huge set of viewers and one that helps to underline the popularity of cycling in the modern day. As such, the renewal and extension of Unibet’s sponsorship gives the company vastly increased exposure while in return, the organisers of the Giro D’Italia can harness funds to grow the event and to keep it at the forefront of the sport – hopefully for another 100 years at least!