We’ve seen a number of Premier League football clubs partnering in with sportsbooks in recent weeks but Everton FC have landed a particularly attractive contract. The Merseyside unit have signed an agreement with one of the biggest names in the industry as William Hill moves in to become their official European betting partner.

This is exciting news for the club and it could be good news for a section of the fans too with Hills promising exclusive odds on all of Everton’s cup games plus competitions and what the company describes as ‘money can’t buy prizes’.

Having been established for many decades, linking up with William Hill would be an attractive proposition for any football club and it’s no surprise that Everton are delighted to have them on board.

Ahead of an exciting new season we look forward to working together with William Hill, a company that prides itself on innovation, history and heritage just like Everton, and developing a long-term partnership

Everton football club are heading into an important period following a disappointing season in 2015/16 and funding from a deal such as this will help them achieve more lofty ambitions. But perhaps the most interesting part of this arrangement from a neutral point of view is the incentives that are promised to those Everton fans who like a bet.

Getting Value for Money

William Hill are an attractive bookmaker for lots of reasons but they are strong when it comes to providing promotions and great odds in all markets – particularly football. So the fact that Everton fans can expect to get even better value is definitely a good proposition and then there are competitions with excellent prizes to follow that up.

We can only speculate as to what they might be but it seems certain that you would need to be an official Everton member to take advantage of them. Overall, it’s great to see a bookie getting involved with offers and prizes so this could certainly be an exciting time to be a Toffees fan. 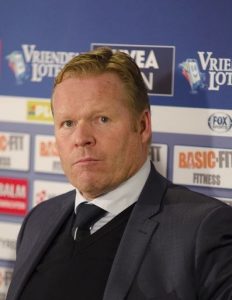 Everton stagnated last season under former manager Roberto Martinez but things are looking much more positive under new boss Ronald Koeman. It may only be early days as far as the new Premier League season is concerned but the club have been in and around the top four for the opening exchanges and their target will be a European place at the very least.

Deals like these can often lead to big transfer purchases and the most interesting arrival this summer was Yannick Bolasie from Crystal Palace. Bolasie is an exciting winger who can get the best out of Everton’s front men including the pivotal Romelu Lukaku.

Holding on to Lukaku amidst reported interest from around Europe was perhaps Koeman’s best bit of business over the summer and the club will need to fight off that interest again in January when the transfer window reopens. If that happens, they will have a squad capable of competing for Champions League places.

William Hill may be one of the biggest names in sports betting but everybody likes to have the kind of exposure that the Premier League can offer. The division is broadcast to some 212 countries so it’s truly a global phenomenon and one that can boost any operator.

The initial deal with Everton is for two years and while there are no details in terms of the finances involved, it’s one of the more interesting betting partnerships and one that should prove to be hugely beneficial to both parties.