The delicate balance between responsible gambling and betting sponsorship within sport has taken up more than its fair share of news headlines recently. The debate will continue but in the latest development, the organisation GambleAware has moved to partner in with a Premier League club with the aim of getting its message across.

Under the terms of the deal, Crystal Palace will provide strategic advertising space and access to their supporters via other promotional material in a partnership that will aim to provide greater awareness of problem gambling.

As the deal was announced, the Chief Executive of GambleAware Marc Etches said:

This is an important first step towards a deeper and broader action plan to address the ever-closer relationship between gambling and football.

As the first professional football club to make this commitment, Crystal Palace is setting a great example to other clubs, and not only those with gambling sponsors because all benefit from the income that flows from television deals funded by the ever-growing amount of gambling advertising around live sport. 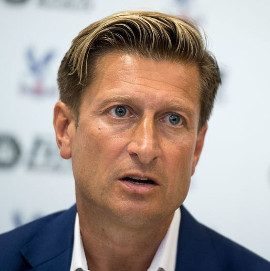 As a Premier League club we recognise our responsibility of helping promote safe and responsible gambling. I’m pleased that Crystal Palace are the first club to form a partnership with GambleAware and I hope we can play a part in raising awareness about their service and help those individuals who need their support.

Palace are currently one of nine Premier League sides whose main sponsor is tied in with gambling while all teams look to link up with firms as regional betting partners. All of these commercial sponsorships bring in huge revenue and are therefore important for clubs looking to strengthen their squads and wider infrastructure as they look to meet their respective aims.

Outside of the top flight, Sky Bet recently renewed a sponsorship arrangement with the English Football League but while the deal required players to display responsible gambling messages on their shirt sleeves, it received some criticism from GambleAware and other organisations.

Back to Chief Executive Marc Etches again who said at the time that while GambleAware welcomed any move to promote responsible gambling, he felt that the message needed to be much more explicit in order to get the intention across to supporters and to a wider audience.

In reply, Sky Bet claimed that outside of the betting industry, there was little interest in companies looking to get involved with commercial sponsorship of football clubs and with money filtering down to sides from the second through to the fourth tier, the financial aspect of Sky Bet’s contract was vital for some teams who are struggling just to survive.

At some point, it has been suggested that a Labour government in the UK might actually outlaw the practise that sees gambling firms openly sponsoring sports teams up and down the country. It’s a debate that will continue but as we have seen in many instances, the money generated is crucial.

Sponsors such as Betway, who are tied in with West Ham United, have also been involved in community events in East London while BetFred have also sponsored a charity event in their native Manchester. They are just two of the operators looking to show how this kind of partnership can have wider reaching benefits.

Ultimately it’s all about striking the right balance. No-one directly involved wants to see gambling sponsorship disappear from sport so the involvement of GambleAware with Crystal Palace must be seen as a positive step for those who represent all sides of the argument.