MansionBet are a very active company when it comes to overall sports sponsorship but this week they have announced one of the stranger deals that we’ve seen from an operator. Impressionist and comedian Darren Farley has grown an impressive fan base since taking his talents to the internet in 2010 and, with the World Cup coming up, the two parties have joined forces to produce a host of viral content.

Farley is well known in YouTube circles for his hilarious impressions of some famous faces in English football including Harry Kane and Rafa Benitez plus popular pundits such as Jamie Carragher and Steven Gerrard. If you haven’t already seen his work, you can check Farley out, not only on YouTube but on a number of additional social channels which will now be harnessed as part of this MansionBet deal. You may also have seen him as part of Coral’s previous advertising campaign when he was an ambassador for that particular brand.

As for the operator, they expect that Farley’s work during the World Cup and beyond will drive traffic to their website which will result in around 35 million additional views. It’s therefore a win-win for both parties and will doubtless see the impressionist’s repertoire increase as he tackles new names and voices from the wider world of football.

We are thrilled to be partnering with Darren – we are all great fans of his work, and are very excited about the opportunities ahead. 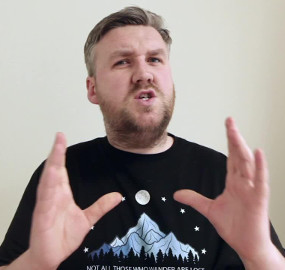 In reply, Farley himself added:

Mansion Bet is the perfect sponsor, we both entertain within the world of sport and I’m looking forward to being able to produce lots of new material throughout the course of the year with their support.

The contract between MansionBet and Darren Farley is an unusual one for many reasons and it’s a part sponsorship – part brand ambassador deal. The impressionist is clearly going to get some strong financial backing from the operator but not surprisingly, the exact monetary details behind this have not been disclosed.

That input gives Farley the opportunity to showcase his talents around the biggest sporting event on earth and this could well bring him further into the mainstream as it will undoubtedly grow his audience.

As for MansionBet, the arrangement means that Darren Farley will be producing more than 100 pieces of new viral content over the next 12 months so while the main focus is on the upcoming tournament in Russia, the deal extends beyond that and will run for a full year in the first instance.

The sportsbook and casino operator has been an active supporter of both mainstream and niche sports this year and in recent weeks they have got behind boxing and also the World Pool Masters. Those are the types of sports that need funding more than the popular draws such as football and horse racing so it’s good to see this unusual deal which will give MansionBet exclusive content while boosting the career of the talented Darren Farley.